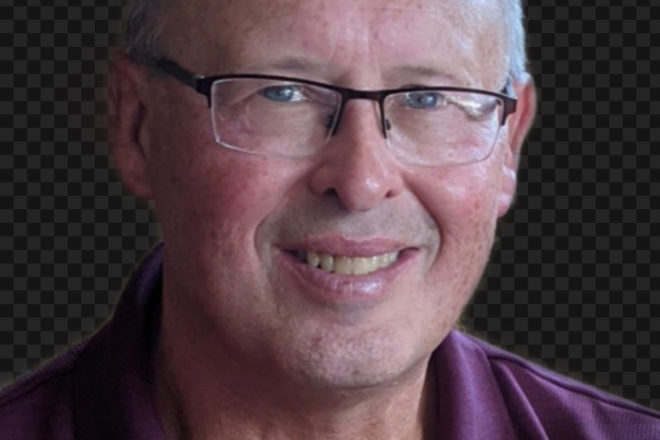 Gary was born to Glenn and Dorothy Harmann on July 12, 1960 in Algoma.

After the death of his father, Gary took on many responsibilities at home on the farm.  He became partners with his mother running a successful dairy farm.

After high school, he enjoyed playing in the Algoma City volleyball and basketball league. Gary remained a sports enthusiast and will be remembered by his contagious laugh and love of life.

On December 13, 1986 Gary married Denise Malzahn at Salem Lutheran Church in Nasewaupee. Gary and Denise started their family with the birth of a son, Eric. Their second born son, Craig, came along two and a half years later.

Gary started his new occupation in May of 1994 at WS Packaging (MCC) where he continued to work until his passing.

Gary loved watching and coaching his two sons in various sports throughout the years. He enjoyed practicing with and watching his grandsons play sports and show cattle.

Gary’s greatest joy was spending time with his grandchildren whom lovingly called him Papa. He was proud of the family farm which received Wisconsin’s Sesquicentennial Farm Award in 2019. The farm has been  in the family for 154 continuous years and will continue on with the 6th and 7th generations with his sons and grandchildren.

The family would like to extend a special thank you to the staff at Bellin Memorial Hospital for their care and compassion.

There will be a public visitation Sunday, June 26, 2022 from 3 PM – 7 PM at the Schinderle Funeral Home, Algoma with a Prayer service at 7 PM.  Visitation will continue, Monday, June 27 at St. Paul’s Lutheran Church, Algoma from 9 AM until the time of services at 11 AM with Rev. Joel McKenney and Rev. Ron Ash officiating. Burial in the Evergreen Cemetery to follow.

Express your sympathy, memories and pictures on Gary’s tribute page at www.schinderlefuneralhome.com