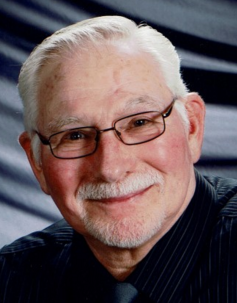 Gary was born April 15, 1949 in Sturgeon Bay, the first-born son of Lawrence “Shorty” Haen and Evelyn Margaret (Sawyer) Haen. In 1969, he married his Sevastopol High School sweetheart, Joyce Flok, at S.S. Peter & Paul Catholic Church in Institute. Together, they raised their three children, Steve, Stacie, and Kelly in Valmy on a small beef farm. Gary started out his professional career at R.J. Peterson Plumbing & Heating in Sturgeon Bay, and in 1993, he opened and operated his own plumbing business, Gary J. Haen Contractors. He was an active member of his community and church, having served as chairman for the committee that decided the Town Park of Sevastopol and on parish council for S.S. Peter & Paul.

In their later years, Gary and Joyce enjoyed spending time together with family and friends at their cabin on White Potato Lake in Crivitz. While at the cabin, you could always see Gary sitting in his garage, savoring the view, and socializing with his neighbors and anyone who passed by. He enjoyed hunting with his brothers, other family, and friends in Wisconsin and also in Montana. He will be most remembered for his wit, ability to bring laughter to those around him, and for his generous and kind heart.

He was preceded in death by his parents; parents-in-law, Bud and Dolores Flok; and brother-in-law, Gerald Gilson.

Gary’s life will be honored with a Mass of Christian Burial celebrated at 11:00 a.m. on Monday, April 2, 2018 at S.S. Peter & Paul Catholic Church in Institute with Fr. Robert Stegmann and Fr. Anthony Birdsall concelebrating. He will be laid to rest in the church cemetery.

“Our family would like to extend a heartfelt thanks to Keith and Jacqueline Birnschein for their care and concern.”

Expressions of sympathy, memories, and photos of Gary may be shared with his family through his tribute page at www.huehnsfunerahome.com.