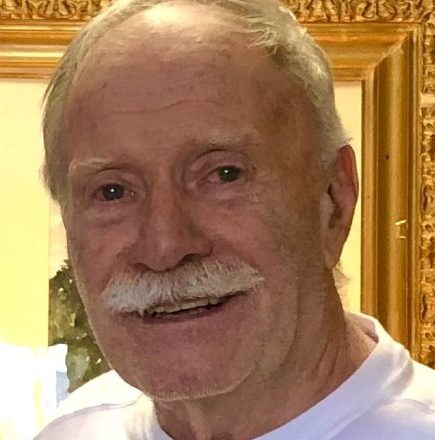 Gene C. Anderson, 86, of Sister Bay, died Tuesday morning, January 19, 2021 at Sturgeon Bay Health Services where he had resided for the past three years.

He was born March 16, 1934 in Sister Bay the son of the late Roy and Gladys (Hilander) Anderson and graduated from Gibraltar High School.

Gene served his country with the U.S. Navy during the Korean War and on his Christmas leave, he came back to marry his sweetheart, Laurie Ann Sterling on December 29,1956 at the Sturgeon Bay Moravian Church. They started a journey together that would last for 64 years and were blessed with four children, Mark, Terri, Tami, and Michael. Following his discharge from the Navy, he returned to Sister Bay where he worked in the Anderson family masonry trade. While working with many contractors in the Northern Door County community, Gene formed a partnership with Lee Lhost called Anderson-Lhost Masonry and employed many of Door County’s best masons. His legacy and craftsmanship can still be seen in many private homes and public buildings throughout Door County. A special time in Gene’s career was after “retiring”, when he went on to work for his son, Michael of Michael J Anderson Masonry.

From an early age, Gene enjoyed playing baseball and he went on to pitch for the Sister Bay Bays in the Door County Baseball League. He followed the tradition of his father and uncle spending hunting season in his favorite place, Waubeno, WI. He and Laurie would visit Waubeno for other occasions throughout the year and often bring his children and grandchildren along. When he wasn’t working or spending time with his family, Gene was enjoying the outdoors. Gene was an expert hunter, but what he really loved was the camaraderie and the closeness to nature. He had a passion for the wildlife of Door County and shared it with his children, grandchildren, and great-grandchildren. Through his sense of humor and easy-going ways, it was easy for Gene to form many friendships on and off the worksite.

Preceding him in death were his parents; children, Mark Steven Anderson and Tami Lynn Anderson; and sister, Delores M. Kulkoski.

A Private Gravesite Burial Service is planned for Friday, January 29, 2021 at 3:00 p.m. at the Sister Bay Moravian Cemetery. A celebration of Gene’s life is planned for a later date this summer.

Gene’s family would like to thank Sturgeon Bay Health Services for the kindness and care given to Gene.

Casperson Funeral Home & Cremation Services, LLC in Sister Bay is assisting the Anderson family. Expressions of sympathy, memories, and photos of Gene may be shared with his family through his tribute page at www.caspersonfuneralhome.com.