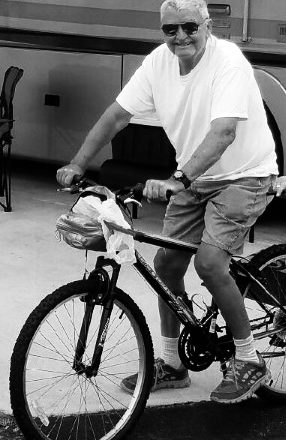 He attended Manitowoc County Schools, was a member of the Wisconsin Army National Guard and later of the Army Reserve serving a total of 6 years. Gene served in the Merchant Marines for Standard Oil which started a lifetime adventure of boating on Lake Michigan and around the shorelines of Door County. Many great summer vacations will be remembered boating and fishing from the docks of William and Dorothy’s summer cottage in Door County.

Gene retired after 36 years from the Manitowoc Shipbuilding Company having worked on many of the Great Lake freighters in both Manitowoc and Sturgeon Bay and later worked as a machinist for the Manitowoc crane division. Gene was the owner and operator of Gene Temme Sandblasting for 30 years. Gene later moved to Naples Florida, where his snowbird friends and neighbors will surely miss Gene’s high-speed passes on his motorcycle and later electric bike.

A celebration of life will take place on February 28th 2023 in Naples Florida with all of the kind and generous neighbors who looked out for Gene. Burial of his cremated remains will take place at Evergreen Cemetery, Manitowoc WI at a later date. The Temme family would like to thank Butch’s neighbors, the staff at the Collier at Naples and the Georgeson Hospice House for all their assistance, compassion and caring words.