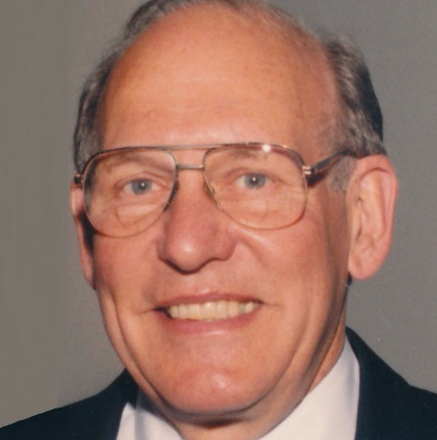 George Andrew Graham Jr., 88, of Sturgeon Bay at Good Samaritan Society–Scandia Village Nursing Home in Sister Bay, with his family at his side.

He was born in Bakersfield, California, the son of George Andrew Graham, Sr. and Mary Pearl (Sandidge) Graham. George graduated from Dinuba High School in California in 1948. He attended the University of Redlands in California and graduated with a degree in psychology. There he played football, was elected student-body president, and met the love of his life, Patricia Anne Phillips. He and Pat were united in marriage on June 19, 1953, in Alhambra, California.

George enrolled at Andover Newton Theological School in Newton Centre, Massachusetts. At the same time, he completed a master’s in psychology at Boston University. He then attended Union Theological Seminary in New York City while serving as an assistant pastor in Mount Vernon, New York. Continuing his education, he enrolled at the University of Chicago Theological School in Illinois for doctoral studies and was a Danforth Fellow. Later, George served at University Baptist Church in Iowa City, Iowa, and eventually returned to the University of Redlands, where he became the chaplain.

Later in his career, George studied at Marquette University in Milwaukee and earned his doctorate in industrial psychology. He also taught at the University of Wisconsin-Milwaukee School of Business. Those experiences facilitated George progressing at First Wisconsin Bank (which later became Firstar Corporation and was then acquired by US Bank) in Milwaukee, where he was first vice president of human resources for more than 30 years.

Upon his retirement from the bank in 1992, he started his own consulting company, Graham Consulting, advising many companies on personnel practices and offering personal counseling as well. In 2015, George and Pat permanently moved to Sturgeon Bay to be near their daughter.

He served on the boards of the Wisconsin School of Professional Psychology, the Wisconsin Conservatory of Music, the Executive Committee of the Potawatomi Area Boy Scout Council (from which he earned the Silver Beaver Award), and the Wisconsin Council for Economic Education. George also served on personnel committees of the American Red Cross and United Way. He has received professional recognition in Who’s Who groups for finance and industry, science and engineering, medicine and health care, as well as Who’s Who in America and Who’s Who in the World.

George’s entire life was dedicated to people. He was a leader and friend as well as an excellent listener. George had a great love for animals and nature, and he enjoyed building. George also enjoyed traveling, boating, golfing and gardening. He was an avid fan of the Wisconsin Badgers (where all three children attended), the Green Bay Packers and the Milwaukee Brewers. Above all, he loved his family.

He was preceded in death by his parents; brother, Donnell (Doris) Graham; and other relatives.

George’s life will be celebrated privately by his family at a later date.

Memorials may be given in his name to Good Samaritan Society–Scandia Village in Sister Bay and the Wisconsin Humane Society.

“Our family would like to extend a special thanks to the staff of Scandia Village and Unity Hospice for their wonderful, compassionate care given to George and our family.”

Huehns Funeral Home and Door County Crematory in Sturgeon Bay are assisting the family. Expressions of sympathy, memories and photos of George can be shared through his tribute page at huehnsfuneralhome.com.