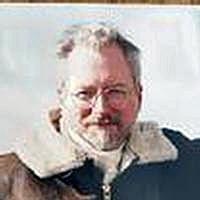 George L. Bush. M.D., died July 11, 2016. He was born on August 11, 1942, in Cincinnati, Ohio to George Otto and Lucile Elizabeth (Mullen) Bush. He is a graduate of Capital University, 1964; Cincinnati College of Medicine, MD, 1968. He went on to complete an internship at Henry Ford Hospital in Detroit, 1969, and a residency in Anesthesiology at the Pennsylvania Medical Center in Philadelphia, 1972.

Following his residency he served in the United States Army as a staff anesthesiologist at Munson Army Hospital at Fort Leavenworth, Kansas; achieving the rank of Major from 1972-1975.

He moved to Madison, Wisconsin, and was an Assistant Professor of Anesthesiology at the University of Wisconsin Medical School and clinical practitioner teaching medical students and residents at the University of Wisconsin Hospital and Clinics from 1975-1998. Patient care was foremost in his mind and he was very special to many of his patients.
After retiring in 1998 he and his wife Judy, retired to Door County.

Dr. Bush was licensed as a private pilot and was instrument, commercial and aerobatic rated. He had a love for all things aviation and was a lifelong supporter of the Experimental Aircraft Association (EAA). He was also a member of the Northern Door Kiwanis Club, The American Legion Post 527 and St. Luke’s Episcopal Church, Sister Bay. He volunteered at The Clearing, Ellison Bay; Scandia Village, Sister Bay; hospice in Madison; and was a volunteer at St. Luke’s, Luther Memorial and Trinity Lutheran in Madison WI. George and Judy were on the committee that formed the Madison-Freiburg (Germany) Sister City relationship.

He was preceded in death by his parents, George O. Bush and Lucile Mullen Bush.