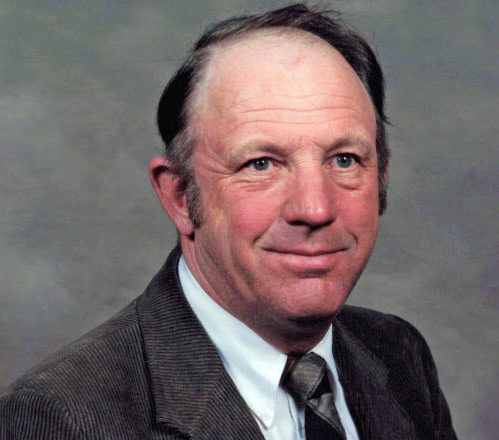 George was born Louis George Evenson on March 12, 1929 in Sturgeon Bay the son of the late Louis and Selma (Hendricks) Evenson. He graduated from Sevastopol High School in 1947 before studying agriculture at UW Madison. On October 23, 1948, George married Margaret M. Ehlers at St. John Ev. Lutheran Church in Valmy.

He owned and operated his own dairy farm and orchard and nearly 400 commercial blueberry bushes in the Town of Sevastopol, a generational farm owned prior by his father and mother. George was community minded and dedicated his life to service. A passion of his was seeing to the environmental quality of our county and soil conservation that started many years ago with serving on the Nature Conservancy Board at the time the Mink River Estuary and Sanctuary were established. He also served three governors on the board of the Wisconsin Coastal Management Program.

Saving the church at Namur now the Belgium Heritage Center which he bought from the Diocese for one dollar. Preservation of the local granary was very important to him as was preserving the history of farming in our county through founding of The Farm, Crossroads, along with his Norwegian Heritage culminating in restoring the Hanson House.

George served on the county board for many years, serving as chairman of the Resource Planning Committee. He also was president of the Door County Historical Society overseeing land and lighthouse preservation. George served as a director on the Baylake Bank board for over 25 years, and Rotarian member for 15 years.

Having a desire to be an airplane pilot all of his life, he started flying large remote-controlled airplanes and eventually George built his own Piper Cub airplane and learned to fly obtaining his private pilot license.

If you were to have met George for the first time, chance was you would be met with that certain firm and engaging handshake along with a smile you couldn’t help but be endeared to. He loved to be around people and working on projects that concerned others and his community. Most important was his faith and love for his Savior Jesus Christ who guided him in all he was and did.

He was preceded in death by his parents, Louis and Selma Evenson, and his son, David.

Funeral services will be held at 2:00 p.m. Friday, January 27, 2023 at St. John Ev. Lutheran Church in Valmy with Pastor Vertz officiating. Burial will follow at the church cemetery.

Memorials may be directed to St. John Ev. Lutheran Church, Zion Lutheran School, or county historical projects in his memory.

Huehns Funeral Home, Inc. is assisting the family. Expressions of sympathy, memories, and photos of George may be shared with his family through his tribute page at www.huehnsfuneralhome.com.