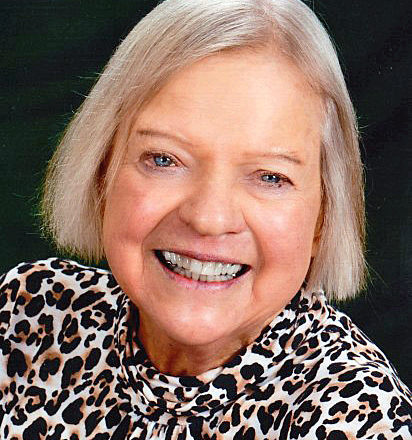 Georgiana Gordon Bourgouin, 84, of Sturgeon Bay, fell asleep in the loving arms of her husband, Joseph, and awoke in the arms of the Lord, Wednesday afternoon, May 24, 2017 at Door County Medical Center in Sturgeon Bay.

She was born February 1, 1933 in Sturgeon Bay, the daughter of Dr. Roderick Gordon, DDS and Margaret (Stedman) Gordon. Georgiana graduated from Sturgeon Bay School in 1952, and with her father’s permission, she joined her friend, Maureen, in traveling to California to attend Howell Dental School to become a dental assistant. Georgiana returned home to work at her father’s dental practice for a short time but did return to California. Joseph Jean Bourgouin, who was working as a mechanic for American Airlines in California, spotted Georgiana, and it was love at first sight. They were united in marriage on September 19, 1953 at St. Joseph Catholic Church in Hawthorne, CA.

Georgiana and Joseph raised their family in California, and over the course of five years through Joseph’s employment at American Airlines, they also spent time living in Phoenix, AZ, and Dallas, TX. Georgiana returned home to Sturgeon Bay with Joseph in 1994.

While living in Sturgeon Bay, she was an active member of St. Joseph Parish. She sang in the church choir and helped fix and tighten the kneelers with Joseph who served on the buildings and grounds committee. While living in California, Georgiana enjoyed playing golf with Joseph and other couples at Sinaloa Golf Course amongst other courses. She also liked hiking with family at Griffith Park (below the Hollywood sign) and swimming in the pool at home. While in Sturgeon Bay, she and Joseph would hike the hills at Potawatomi State Park and later around the water when the hill climbs became too much for her. They also enjoyed listening, dancing, and singing to 40’s and 50’s music. Georgiana especially loved babysitting her grandchildren.

She will be deeply missed by her beloved husband, Joseph, with whom she shared over 63 years of marriage; two sons and two daughters, Stephen (Nirma) of Moorpark, CA, Cathy (Mark) Caplan of Woodland Hills, CA, John (Yael) of Ojai, CA, and Holly (Scott) Roberts of Moorpark, CA; four grandchildren, Bridgette and Nolan Bourgouin and Kellie and Brandon Caplan; three sisters, Mary Gordon, Judy (Lew) Juadis, and Nancy Roberts, all of Sturgeon Bay; other relatives; and friends.

Her life will be honored with a visitation and memorial Mass of Christian Burial celebrated at St. Joseph Catholic Church in Sturgeon Bay in July 2017 (date and times to be announced later). Burial will be by family in Bayside Cemetery.

A heartfelt thanks goes out to Dr. Richard Hogan and the staff at Door County Medical Center as well The Sturgeon Bay Senior Living (Dorchester) staff for their care given to Georgiana.

Huehns Funeral Home & Cremation Services in Sturgeon Bay is assisting with arrangements. Expressions of sympathy, memories, and photos of Georgiana may be shared with her family through her tribute page at www.huehnsfuneralhome.com.