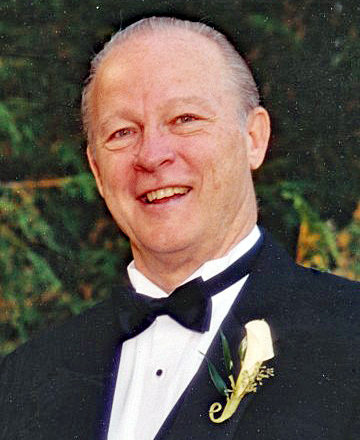 In his earlier life, Jerry owned his own electrical and refrigeration business until he purchased the Roy C. Smith Depot which he operated until his injury in 1967.

Jerry volunteered much of his time at Saints Peter and Paul and St. Joseph Parishes with record keeping. He was one of five people who started the first credit union in Door County, now Capital Credit Union.

He enjoyed watching his children participate in their sporting events. The most important thing in Jerry’s life was his family. Jerry and Sally spent over 45 years on Clark Lake where they enjoyed sharing it with family and friends.

Jerry was a handyman. There wasn’t a job he couldn’t do or problem he could not solve. If anything needed fixing he could fix it. He also enjoyed working with computers and continuously reading, learning everything he could.

Jerry was always there for his family. Whenever the children needed advice on anything, like buying their first car, house, or how to fix something he was there to guide and teach them, supporting them in any way he could.

A Mass of Christian Burial will be celebrated at 11:00 a.m. on Saturday, September 23, 2017 at Saints Peter and Paul Catholic Church in Institute with Fr. Robert Stegmann as celebrant. Burial will follow in the church cemetery.

Memorials may be given in Jerry’s name for Saints Peter and Paul Parish or St. Joseph Parish.

The Frea family would like to thank Whispering Pines, AsceraCare Hospice, and SouthernCare Hospice for the wonderful care they provided to Jerry.

Expressions of sympathy, memories, and photos of Gerald may be shared with his family through his tribute page at www.huehnsfuneralhome.com.