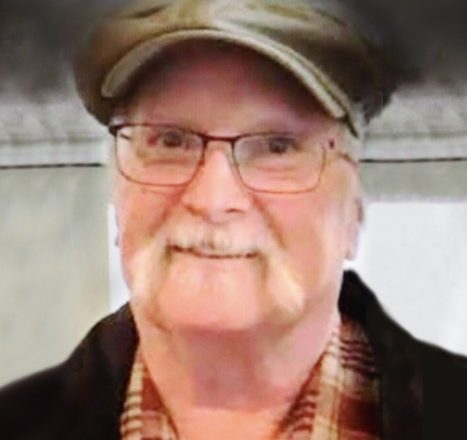 Gerard Thomas Dewane, 68, of the Town of Sevastopol, died in the comfort of his home, early Sunday morning, November 1, 2020 with his wife, Jude, at his side.

He was born January 7, 1952 in Green Bay, the son of Sheridan Patrick Dewane and Dorothy Margaret (Fitzgerald) Dewane. Gerard grew up attending St. James Parish in Cooperstown and graduated from Denmark High School with the class of 1970. In the years following high school, he worked various jobs in Green Bay, Sturgeon Bay, and California. In the early 1980s, he went on to study human development and education at the University of Wisconsin-Green Bay where he graduated with a bachelors degree in 1986. Shortly after his graduation, he returned to Sturgeon Bay to teach fifth grade at Sunset Elementary School for 10 years.

Gerard grew up with a passion for music that began in high school where played the baritone saxophone. His passion for music grew over the years and learned to play guitar by ear and finger picking. Over time, Gerard also added the harmonica, banjo, ukulele, bass guitar, and other rhythm instruments. Many of his friends were musicians. One day, he was rehearsing with his band at Pablo’s On the Ocean (now the Coyote Roadhouse) on Kangaroo Lake in Baileys Harbor and met Judy “Jude” Lynette Wiest. They were married on October 13, 1990 at Sunset Park in Sturgeon Bay.

Gerard became a social studies teacher at T. J. Walker Middle School in 1996 and taught there until his retirement in 2011. He loved his students and helping them to appreciate the history of various civilizations and cultures. Gerard enjoyed deepening his own understanding of the various places he taught by visiting them with Jude. They loved traveling and camping together throughout the United States and Canada.

After “retiring” from teaching, Gerard began working at the Hands On Art Studio in Fish Creek and taught people how to weld artistic creations. He continued working there until 2019 when his health prevented him from working.

As a musician, Gerard loved gathering family and friends to sing and play together. When Gerard was no longer able to sing and play, his (musician) friends performed for him right in his home. Those who knew Gerard, knew what a unique sense of humor he had and the word play he so enjoyed and how much he liked telling jokes. He was a great friend and was always one to help people whenever they needed it. Gerard (and Jude) had a love for animals, especially their Samoyed (dogs), Hoover and Nettie and their cats, Sheba and Fiona. He loved his “little family.”

Gerard will be deeply missed by his dear wife, Jude with whom he shared and recently celebrated 30 years of marriage; brother and three sisters, Terry Dewane of Brussels, Mary (Bob) Rosek of Stevens Point, Kathleen Masse of De Pere, and Ruthann (Don) Dunphy of Gleason; siblings-in-law, Kay Dewane of Fairfield, CA, John Wiest of the Town of Erin, and Jean Howard of  Menomonee Falls; nieces and nephews; other relatives; and friends.

Due to COVID-19, no services will be held at this time. Hold on to your memories of Gerard, and allow yourself to be comforted by his presence in the classroom, out in nature, (on the stage) as the music is playing, and anywhere else he enjoyed time with you.

Memorials may be given in his honor for the Wisconsin Humane Society-Door County Humane Society, Habitat for Humanity, or a charity of your choosing.

Huehns Funeral Home, Inc. & Door Crematory LLC in Sturgeon Bay are assisting the Dewane family. Expressions of sympathy, memories, and photos of Gerard may be shared with his family through his tribute page at www.huehnsfuneralhome.com.