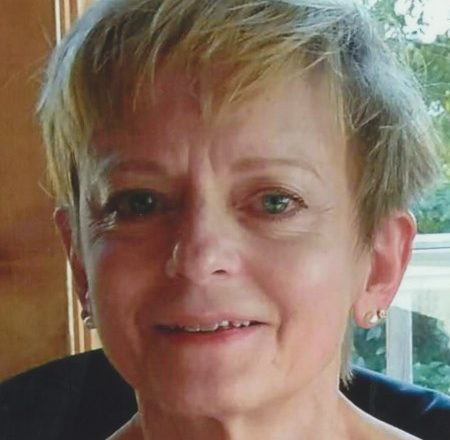 Geri Halverson, 72, died unexpectedly at her home in Door County. She was the loving wife of her husband, Ron; and two children, Steve and Krisha.

Geri was born in Milwaukee, the daughter of Martin and Emily Gamm. She graduated from Milwaukee Lutheran High School in 1964. Geri met Ron on a blind date, and they were married on April 16, 1966. They lived in the Cedarburg/Grafton area until 2006, when they relocated to their vacation home in the Town of Egg Harbor.

The Lord was at the center of Geri’s life. She was a ray of sunshine and always had a smile. Geri loved people and enjoyed helping them whenever she could. Her gentle ways and kind personality touched the people she came in contact with. She was an angel on earth.

Geri enjoyed traveling with her husband to faraway places and taking breaks from the harsh winters by going to South Florida. She loved the sunshine and the water. Geri was very good with numbers and did the bookkeeping for Carclean, the carwash business she and Ron owned in Grafton. She loved boating and was the first mate and deck doll for her husband for many years. Geri and Ron were very close and did almost everything together.

She started out working at Northwestern National Insurance Company and then at Wisconsin Electric. When her children were born, Geri became a full-time mom, dedicated to maintaining family ties and gatherings during the holiday seasons. She loved flowers and enjoyed gardening while caring for several house plants.

A devoted Christian, Geri served her church, St. Paul Lutheran Church in Juddville, in many areas. She was an assistant minister serving the congregation on Sundays, handled the bookkeeping and payroll during the week, visiting shut-ins and singing with the church choir at every opportunity. Geri loved to sing and had a great soprano voice. She also put her heart and soul in the songs, whether it was in group music or singing solo. Geri was blessed with a tender heart and it showed in many things she did. She made the world a better place for many people because she passed through it.

As a wife, Geri made her husband a priority. A loving bond was created when they met and continued to grow throughout their time together. It was a relationship that she often referred to as “made in heaven.” They made each other very happy.

Geri will be deeply missed by her husband of 53 years, Ron; her two children, Steve (Heidi) Halverson of the Town of Egg Harbor and Krisha (Matt) Bondelli of West Allis; two sisters, Karen Gamm of Wilmington, Delaware, and Lynn (Rev. Robert) Pasbrig of Hartford; many nieces and nephews; other relatives; and good friends in Wisconsin and Florida.

She was preceded in death by her parents, Martin and Emily Gamm; and sister, Gail Mueller.

A celebration of Geri’s life will be held beginning with a visitation on Thursday, May 9, at Huehns Funeral Home, 1414 Michigan St. in Sturgeon Bay, 4-7 pm. A funeral service will be held on Friday, May 10, at 11 am at St. Paul Lutheran Church in Juddville, 4167 Juddville Road in Fish Creek. She will be laid to rest in the church cemetery following the service.

Memorials may be given in Geri’s name to St. Paul Lutheran Church or World Vision, a Christian humanitarian organization about which Geri cared deeply and through which she supported two international children.

Expressions of sympathy, memories and photos can be shared through her tribute page at huehnsfuneralhome.com.