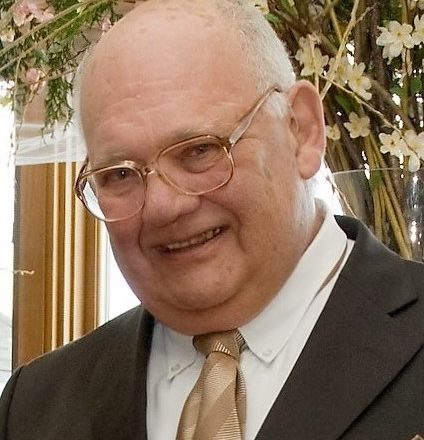 Gregg E. Powell, 78, of Fish Creek, passed away peacefully on Sunday evening, March 12, 2017 at Aurora BayCare Medical Center in Green Bay. With his family by his side, he shared jokes, told stories, and was surrounded by love.

He was born September 10, 1938 in Portland, ME, the son of Edward and Margaret (Gregg) Powell. Gregg was a graduate of New Trier High School in Evanston, IL. Following his service to our country with the U.S. Air Force, he married Beverly A. Thalin in Northfield, IL on May 31, 1958. And after he attended Northwestern University, Gregg worked for General Binding Corporation in Northbrook, IL retiring as their World Wide Sales Manager.

The family moved to Fish Creek where Gregg could better explore his obsession with fishing full time, earned his Charter Fishing Captains License which helped share his passion with others.

They also opened a restaurant together, Powell’s Country Inn in Fish Creek, which the family operated together for the next 10 years.

Never one to stay remain idle, he returned to the corporate world as General Manager for Identatronics in Elk Grove Village, IL until he fully retired again in 1999. Having a sense of humor along with his longevity in the business world, his coworkers felt it important to have that old adage presented, when at his final retirement party a larger-than-life, viking-horned helmeted opera singer showed up and sang him into his finale!

Gregg loved music as much as he loved fishing. His great appreciation encouraged many by providing Door County with a venue through his restaurant, and a seemingly nightly audience of music goers. His creative passion took to writing children’s books more recently, of which three were published before he passed. He wove tales and told jokes right up until the end, but what he loved most in life were his friends and family.

A celebration of his life is planned for 2 pm on May 21, 2017 at Alexander’s in Fish Creek. Huehns Funeral Home & Cremation Services in Sturgeon Bay is assisting the Powell family with arrangements. Memorials may be directed to the Peninsula School of Art in Fish Creek. And expressions of sympathy, memories, and photos of Gregg may be shared with his family through his tribute page at www.huehnsfuneralhome.com.