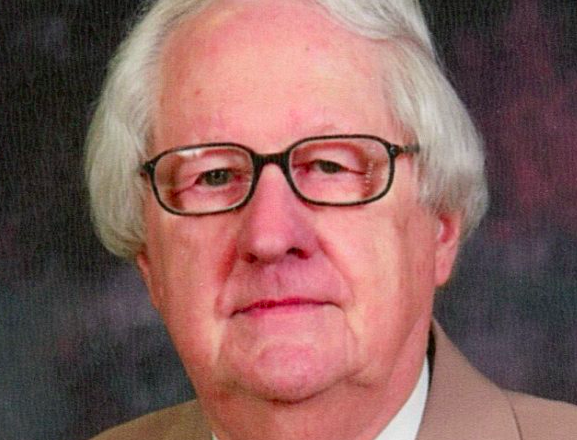 Gus’s children were his cats, Peter, Thomas and Charlie. Charlie had a special place in his heart — the same as any child could have in a parent’s heart.

Gus was a teacher of music appreciation and history for six years, a teacher of piano and theory for 50-plus years, and a teacher and coach of organ for 15 years. He was a church organist for 60-plus years, spending 40 years at the United Methodist Church, 20 years at St. Paul Lutheran Church, five years at Christ the King Episcopal Church and five years at Hope United Church of Christ. Gus was also the choir director at the United Methodist Church for 18 years.

Gus worked as the business manager for the Sturgeon Bay School District for 25½ years and retired on July 31, 1988. He also worked for the Christi Corporation for 11 years in the accounting department and four years at the Hanson Music Shoppe, doing almost everything.

He was also a member of various book and travel clubs as well as many charitable organizations. Gus was a past member of the Association of School Business Officials and the Door County Humane Society, having served as treasurer for eight years.

He was preceded in death by his parents, brother Milton Abrahamson, half-sister Ruth H. Moegenburg Schultz and half-brother Vernon Moegenburg.

Funeral services will be held at 11 am on Friday, July 12, at the United Methodist Church of Sturgeon Bay, with the Rev. David Leistra officiating.  Burial will be in the Town of Egg Harbor Cemetery. Friends may call at the church on July 12, 10-11 am.

Memorials may be directed to the Door County Humane Society or the music department at the Methodist Church. Forbes Funeral Home is in charge of the arrangements.