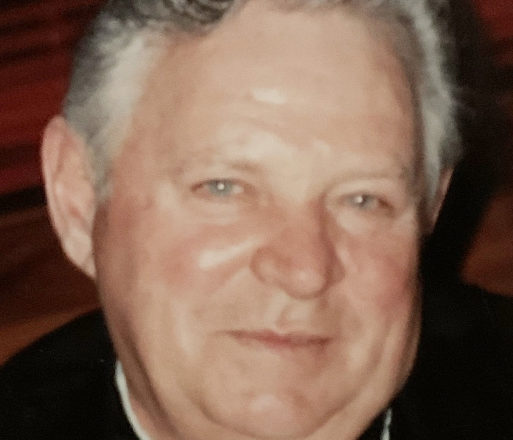 Harold A Malvitz, age 90, of Little Sturgeon, died peacefully on Friday, June 12th, 2020 at GranCare Nursing Center, Green Bay, WI with his loving wife Joyce and family by his side. He was born on April 24, 1930 in Kewaunee to the late William and Hilda (Lohrey) Malvitz.

He graduated from Immanuel Lutheran School and attended Kewaunee High School.   He enlisted in the United States Army in ­­­­­­­­1951 and served in the Korean War.

Harold married Joyce Hanamann on February 4th, 1956 at Immanuel Lutheran Church in Kewaunee. Together they raised seven children. For several years Harold and Joyce owned and operated Mully’s Tap in Rio Creek.  Harold worked at Kewaunee Engineering for 37 years and was a member of Boilermakers Local 487.

Harold was a member of Salem Lutheran Church in the Town of Nasewaupee.  He was an accomplished woodsman and enjoyed logging and sawing lumber at his sawmill.  He was an avid builder which enabled him to build a home for his family in Kewaunee and a cabin in Brussels where good times and memories are still being made with family and friends.  After retirement, Harold and Joyce relocated to Twin Harbors in Little Sturgeon. Harold enjoyed fishing, hunting, wood working, gardening, canning and cooking. He loved spending time with his family and friends. Harold’s motto was: work hard and play hard and that he did.

A public visitation will be held on Sunday, June 14, 2020 at Salem Lutheran Church from 11:00 am till 12:00 noon.  Appropriate social distancing measures will be implemented so there will be a limited number of people allowed in the church at one time.  A private funeral with military honors will be held for the immediate family after the visitation. The funeral will be live streamed at 1:00 pm on Sunday on the Forbes Funeral Home facebook page. Burial will be in the church cemetery.  Forbes Funeral Home in Sturgeon Bay will be assisting the family with arrangements. To share a memory or online condolences please go to ForbesFuneralHome.com/obituary and select Tribute Wall in the obituary.

Harold’s later years were slowly taken away from him by Alzheimer’s. He fought a good fight with his loving family supporting him all the way.  The family would like to thank Pastor Vertz at Salem Lutheran Church.  A special thank you to Brittany, Carrie and the team at GranCare nursing home, Unity Hospice and all of those who have cared for Harold throughout the years. We thank you for the special care and support given to our family at a very difficult time.