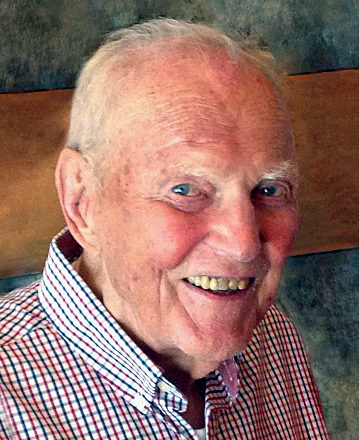 He was born September 2, 1918 in Sturgeon Bay, the son of the late Frank and Anna (Spahn) Deutsch. Harold graduated early from Sturgeon Bay High School in 1935. He attended Marquette University before transferring to UW-Madison where he finished his studies and received his PhD in 1944. He then worked for the office of Naval Research on blood plasma proteins and was assigned to the Department of Physical Chemistry. He became a professor at the UW Medical School and joined the Department of Physiological Chemistry (now Molecular Biology) where he worked for the remainder of his career. He was invited and went on various sabbaticals, consulted for Universities in the U.S., Asia, Europe, South America, South Africa, the Green Cross in Japan, and the American Red Cross.

Harold was a true outdoorsman, who especially enjoyed hunting, fishing, traveling, and observing nature. He was also very interested in world history.

Survivors include his wife, Regine of Belleville, WI; daughter, Carolyn (Mike) Friedl of Tucson, AZ; and brother, John Deutsch of Belgium, WI; brother-in-law, Lester Berns of Sturgeon Bay; and many nieces and nephews.

A private family gathering will be held at later date.

In lieu of flowers, memorials may be made in Harold’s memory for, Friends of Toft Point, Friends of Wisconsin Public Television, or Door County Land Trust.