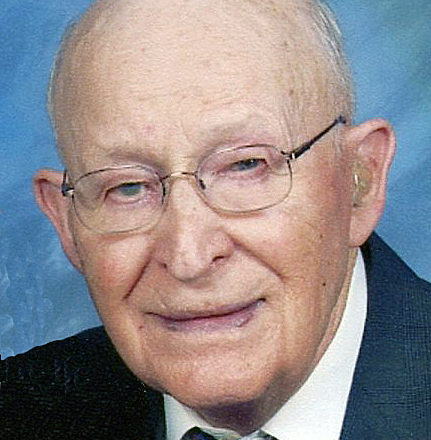 Harold’s mother died when he was 2 years old. He went to live with his cousins, the Hagen family, in Wittenburg, Wisconsin.  At age 11, he moved back to Sturgeon Bay to live with his father and step-mother.

Harold served his country in the U.S. Army during World War II.  He was a lifetime and charter member of American Legion Post #527.  He was also a member of the Amvets Post #51 of Sturgeon Bay.  He worked for many years as manager for Fleet Farm in several locations in Wisconsin.

Watching the Brewers and Packers was Harold’s favorite pass time.  Harold was a long time and active member of Bay View Lutheran Church of Sturgeon Bay.

He was preceded in death by his parents, wife, 3 brothers, Ole, Oscar, and Carl; 3 sisters, Hazel, Marie, and Helen.

Burial will be in Hainesville Cemetery. Memorials may be directed to Bay View Youth Ministry or the Amvets Post #51.  Forbes Funeral Home is in charge of arrangements.

Thank you to the staffs of the Skilled Nursing Facility and Bellin Hospital for the wonderful care, and to Rev. Tim Malek for all the prayers and support.