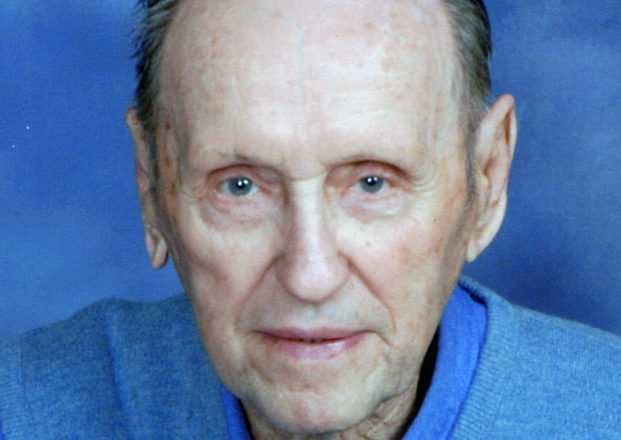 Harold “Steve” Spittlemeister, 94, passed away on September 12, 2017. Harold was born on October 3, 1922 to August and Bertha (Volkmann) Spittlemeister in Egg Harbor Township. He was married to Marion “Mickey” F. Feifarek on July 17, 1948, at Zion Lutheran Church in West Jacksonport. She preceded him in death on January 31, 2011. Harold served in the U.S. Army during World War II, stationed in Munich, Germany.

Harold made his career at the Door County Highway Department from 1943 to 1984, serving as Superintendent for 29 years, until his retirement. Vast improvements were made to the Door County road system during his tenure at the highway department, and Harold’s oversight on these projects contributed to the excellent roads that Door County enjoys today.

An avid baseball fan, Harold played for the Egg Harbor and West Jacksonport teams until his late 20s, and enjoyed watching ball games (any teams) the decades thereafter. Harold was also a sportsman as a hunter and fisherman (including ice). His favorite fishing companion was Marion, with them fishing from their boat in Sturgeon Bay at least 300 times.

Harold’s greatest legacy is that he was a great son, husband, father, grandfather, great grandfather, and friend. It was often said of Harold, “He is such a nice man!”, and the significance of that cannot be overstated in the value of one’s life. Being kind can make a person’s day, and Harold certainly “made” many days for those he knew. We were so fortunate to have Harold in our lives, and he is missed so much.

Our sorrow in losing Harold is tempered by knowing he is reunited with his beloved wife, Marion, and three daughters, Lynn, Sandra and Susan. In this life, he missed them so much. He is also preceded in death by his parents, five brothers and seven sisters. Harold is survived by his daughters, Sharron Moore (Tom Hoey), Washington, DC, and Shirley (Frank) Clemmensen, Durham, North Carolina; three grandchildren, and five great grandchildren; brothers Leo (Eileen) Spittlemeister and Robert (Delores) Spittlemeister, and a sister-in-law, Nancy Jeanquart.

Funeral services will be at 11 am Monday, September 18, at St. Peter’s Lutheran Church with Rev. Joel Sauer officiating. Burial will be in the Egg Harbor Town Cemetery. Visitation will be from 1 to 5 pm. Sunday, September 17, at Forbes Funeral Home in Sturgeon Bay, and from 10 am until the time of services at the church on Monday.  Memorials may be given to St. Peter’s Lutheran School in his memory.

Harold’s family would like to thank Pinecrest Village, Door County Medical Center and their Skilled Nursing Facility, Unity Hospice, and Dr. Richard Hogan for the compassionate and excellent care they provided to Harold.