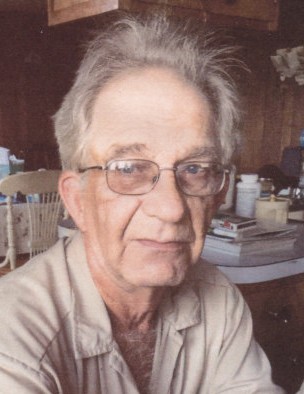 Born December 7, 1949 and joined his family in Heaven on July 15, 2018. Harvey was one of five children; of four boys and one girl, he was the middle child. He was born and raised on Washington Island where he lived his whole life on the home place except for four years. Harvey graduated from Island school in 1968. He went on to study auto mechanics at Northeast Wisconsin Technical College in Green Bay for two years. Harvey was then drafted into the United States Army and served from 1970 until 1972. He was stationed in Kentucky then in Alaska for the remainder of his service. There, Harvey received commendations from his Sargent for his help in keeping his platoon’s aircraft running in a time of need.

He enjoyed bowling, playing cribbage, reading thousands of books, and fishing. Harvey spent his entire life helping and giving to everyone on the Island, sharing his expertise in mechanics, plumbing, farming, fishing, and many other skills. With his knowledge, Harvey could have been a wealthy man off the Island, charging the rates those trades earned elsewhere, but he chose to charge just enough to get by and always said, “They always give a tip!” Even those who still owed him money, Harvey continued to help out. He gave his all keeping his brothers’ projects going – fixing farm equipment, fishing boats, restaurant equipment, or whatever else was needed. Harvey’s wants were so little. As a mechanic, he drove a 1986 Cadillac because he needed nothing better. Harvey had a better car but loaned that out to people who had nothing until it, too, broke down.

We believe his biggest mission in life was to take care of his mother as she was widowed so young. Harvey remained in the home place taking care of her after his dad passed in 1984. If not for Harvey, Mom would have been in a home off the Island years before her passing last December 20, 2017. It was after her passing when it seemed he had fulfilled his mission to all, and then his health began to deteriorate further. Harvey dedicated his life to helping others, asking for little in return. He loved children and always had bubble gum in his pocket for them. Along with dog biscuits for his furry friends, Harvey’s greatest joy these last 11 years was his sweetheart, “Blondie”, a lab. He had trained her well, and she gave him great joy.

He joins his parents and other relatives in Heaven.

Harvey leaves this world having asked for little and for having gave great!!

Huehns Funeral Home, Inc. & Door County Crematory LLC are assisting the Koyen family. Expressions of sympathy, memories, and photos of Harvey may be shared with his family through his tribute page at www.huehnsfuneralhome.com.