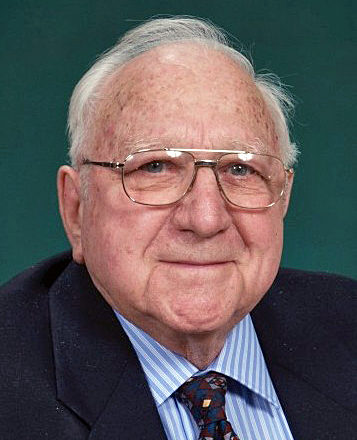 Upon graduation from high school, Henry attended Clemson University, but his studies were interrupted during WWII. He served our country in the U.S. Army Air Corps as a radio operator with the 8th Air Force, 96th Bomb Group, #413 Squadron. He was the last survivor of his plane crew who was shot down during a bombing run to Berlin. He was captured by the German Army and he spent over one year in a POW Camp until being liberated in 1945. Henry returned to Clemson to complete his engineering degree. He worked as Chief Mechanical Engineer with Ashworth Brothers, designing and manufacturing conveyor belts for industry throughout the United States and abroad.

He was very active in the community. He credited his survival in POW camp to the American Red Cross and vowed to volunteer at least one hour for every hour he spent as a POW. He exceeded that goal and received numerous awards from the AMRC including the highest volunteer honor: The Clara Barton Award. He was instrumental in developing the Water Safety Program across the Tri-State area and taught at the National Aquatic School for several decades. He continued to teach swimming in Winchester until age 85.

Henry was active in the local Kiwanis, where he established the Circle K Club service organization for high school students and received the Kiwanian of the Year. He was also a member of the Loyal Order of Elks, Lodge 64, Sumter, SC. He was a member of WWII Ex-POW’s organization and was President of the Shenandoah Chapter until moving away from the area. He was also a lifetime member of the Free Masons, serving 72 years with the Clarmont Masonic Lodge 64 in Sumter, SC until his passing.

Henry flew his final mission on the Old Glory Honor Flight Mission 38 in October 2016. He was accompanied to Washington, DC on this flight honoring our Veterans by his grandson, Brandon Powell. The flight came just two days after his 95th birthday, and he was thrilled to complete this mission.

Henry loved swimming, fishing, and gardening. He loved his pets, having both dogs and cats throughout his life. He also enjoyed his weekly poker night with his “poker buddies”.

He was preceded in death by his parents, Wade Hampton and Carrie Flowers; his wife, Peggy Anderson Flowers; and his daughter, Barbara Racey.

Visitation will be held on Wednesday, January 11, 2017 from 4pm – 7pm at Omps Funeral Home Amherst Chapel, 1600 Amherst Street, Winchester, VA 22601. There will be a prayer service and military honors held at the funeral home at 6pm. Interment at Mount Hebron Cemetery in Winchester, VA, will be held privately.

In lieu of flowers, the family requests donations be made to the veterans organization of your choice.

Huehns Funeral Home & Cremation Services in Sturgeon Bay assisted the family with local care. Condolences and guestbook signing may be offered at www.huehnsfuneralhome.com.