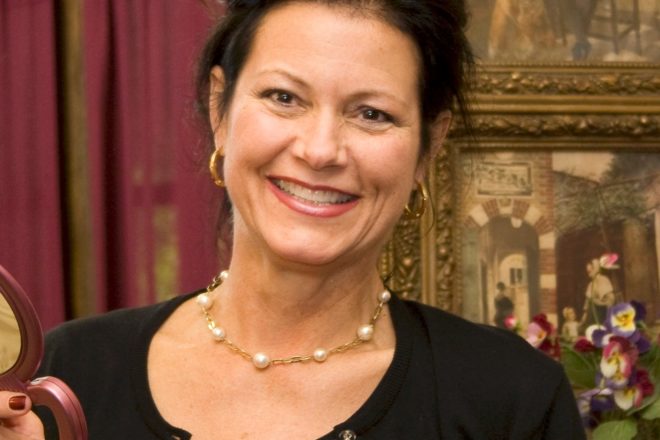 Holly Katherine Haag, 71, died peacefully on April 28, 2021 in Naperville, IL after 4 years of persevering courageously through multiple strokes brought on by a congenital heart defect.  She was born on December 13, 1949 in Manitowoc, WI to Roy and Hildred (nee Laduron) Haag.

Holly grew up in Manitowoc, Wisconsin and spent weekends and summers at her family’s cottage on the shores of Sand Bay, WI (Door County). She moved to Sturgeon Bay, WI in 1969 and started a family and career.

Holly was a talented artist and seamstress who ran her own interior decorating company for 15 years. In this venture, she designed and sewed everything herself. The most prestigious project of her career was decorating the King of Spain’s yacht (Juan Carlos’ Fortuna) in the late 1970s.  She also taught sewing and fitness courses at the local technical college.  In the mid 1980’s she transitioned into sales where she dedicated the last 25 years of her life to helping others through natural medicine.  Working in this industry truly fulfilled Holly.  In 1994 she re-located to Illinois where she loved spreading her knowledge to everybody she met.  Holly was a fit and healthy woman who was loved by all.  She was also a vivacious and determined woman who loved the beach, exercising, traveling, sewing, reading, decorating cooking and baking.  Most of all, Holly cherished spending time with her 3 grandchildren who called her Nana Holly.

She was preceded in death by her parents and brothers Roger Haag, Doug Haag and Ted Haag.