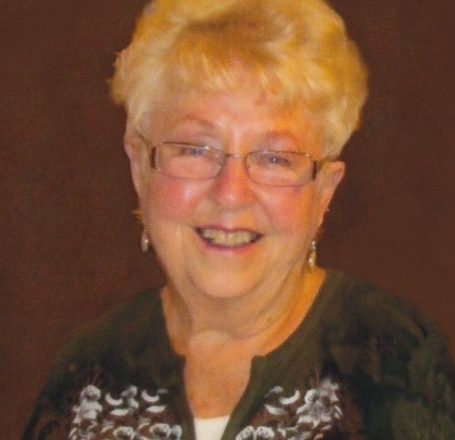 She was born in Boston, Massachusetts, the daughter of Robert Mark and Eleanor Florence (Stevens) Lees. Iris went to Kenosha as a child and attended local schools before graduating from Mary D. Bradford High School.

In her younger years, Iris was an apartment-complex manager and worked at various restaurants and shops along the way. Everyone Iris met became her friend. She extended her loving hospitality to everyone, young and old. Her generosity and help touched many, many lives here in Wisconsin, as well as in her beloved winter home in Arizona.

She was a member of St. Michael’s Catholic Church (now Stella Maris Parish in Jacksonport). Iris served as the president of the Whittier School PTA and the Catholic Jr. League in Kenosha. She also was a member of the Women’s Club in Brillion and Door County.

In addition to her parents and husband, she was preceded in death by her foster daughter, Janet Byler, and brother, Robert Lees.

A memorial mass of Christian burial to honor Iris’s life will be held Monday, Oct. 14, 11 am, at Stella Maris Parish in Jacksonport. She will be laid to rest next to her husband in St. James Cemetery in Kenosha.

In lieu of flowers, donations may be made to the Cross family to be distributed to Iris’s charities of choice.

The Cross family extends a heartfelt thank-you to Dr. Richard Hogan and the staff at the Door County Medical Center – Skilled Nursing Facility for their loving care shown to Iris. Also, a special thank-you to Stella Maris Parish for its generosity and compassion during this time.

Huehns Funeral Home and Door County Crematory in Sturgeon Bay are assisting the Cross family. Expressions of sympathy, memories and photos of Iris can be shared through her tribute page at huehnsfuneralhome.com.