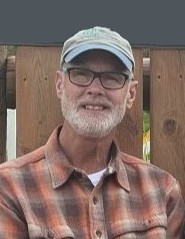 He was born October 19, 1954 in Evanston, IL, son of the late Vernon Andrew and Ginette Geneviève (Cerèzo) Sorensen. Jack graduated from Maine South High School in Park Ridge, IL with the Class of 1972. He worked as a civil engineer for Exelon Corporation/ComEd for most of his career until his retirement in 2010. Jack was united in marriage with Marianne Merges at St. Juliana Parish on April 18, 1982. The two retired to Door County and enjoyed working at Good Samaritan Society – Scandia Village in Sister Bay where they gardened together and socialized with the residents. Jack enjoyed all things outdoors: fishing, hunting, and hikes through Newport State Park. He saw the beauty in all things nature and was a kind and gracious man who had a deep love for his family, animals, and the shores of Door County.

He was preceded in death by his parents, Vernon and Ginette Sorensen.

In honor of Jack’s wishes, no formal services will be held. The family has asked loved ones to plant a tree in his name and Memorial donations can be made in his name to the Door County Land Trust and The Good Samaritan Society – Scandia Village in Sister Bay.

Casperson Funeral Home of Sister Bay is assisting the Sorensen family. Expressions of sympathy, memories, and photos of Jack may be shared with his family through his tribute page at www.caspersonfuneralhome.com.