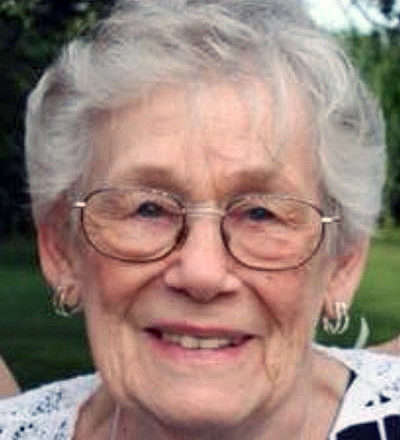 Jacqueline Betty Crince Hoekstra, 85, born Aug. 6, 1932, in Chicago, died Jan. 15, 2018 in Sister Bay. She was the daughter of Emily and Peter Crince. Jackie grew up in Chicago and graduated from Fenger High School. She was the proud mother of Patrice (Mark) Wagner, Michael (Colleen) Hoekstra, Denise (Don) Huntington, David (Janet) Hoekstra, Lisa (Ahmad) Golshirazi, Daryl (Julie) Hoekstra, and Alison (John) Hanfland, a grandmother of 22 and a great-grandmother of 14.

One of her jobs when her kids were young was a comptometer (a vintage calculator) operator. When her children were older and more of them, Jackie was a homemaker. When she came to Door County, she worked in various gift shops in Sister Bay for more than 30 years and had just recently retired. She enjoyed meeting people, as evidenced by her working as an election judge and also as a volunteer at Scandia Village’s Bargains Unlimited Resale Shop. She was also very active at her church, Shepherd of the Bay Lutheran Church. A proud Norwegian, she was a member of the Sons of Norway. Her hobbies include knitting and reading.

Her former husband and father of her children is Howard Hoekstra. She was preceded in death by her parents, her sister Bernice Kortum and her brother, Harold Crince.

Memorial contributions may be made to Shepherd of the Bay Lutheran Church. Celebration of life services are pending.