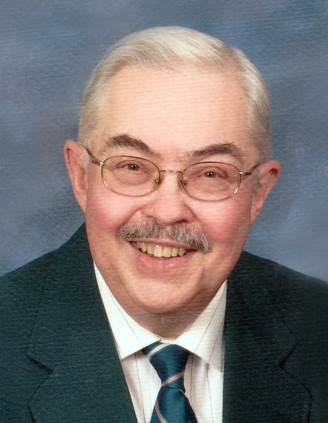 He was born September 20, 1934 in Sturgeon Bay, the son of Lawrence James Jolin and Genevieve Mae (Wiest) Jolin. Jim graduated from Sturgeon Bay High School and went on to study at the University of Wisconsin-Madison where he earned his Bachelor of Science Degree in 1957. He returned home to work as a pharmacist at (his family’s) Jolin’s Drug Store located downtown Sturgeon Bay, initially at the corner of 3rd Avenue and Louisiana Street. On June 1, 1968, he married Helen Mae Londo in Sturgeon Bay. Together, they owned and operated Jolin’s Drug Store and eventually purchased Fenskie’s Drug Store on the west side of Sturgeon Bay in 1975. Following Helen’s retirement in 1988, Jim went to work as a pharmacist for Bay Pharmacy (formerly located in the Cherry Point Mall) until his retirement.

He was a member of St. Joseph Parish in Sturgeon Bay. Jim enjoyed watching birds at his feeders in his backyard and was always on the lookout for a bald eagle. Jim enjoyed going out to eat at local restaurants with Helen and family. The Nightingale Supper Club, Donny’s Glidden Lodge, and The Mill Supper Club were some of his favorites. He had a passion for ham radio and always had his police scanner on in the background. Jim and Helen were blessed with over 46 years of marriage. They enjoyed traveling across the country to New Orleans, LA, Branson, MO, and South Dakota, among other places and also to Destin, FL and Mobile, AL with (Jim’s) parents. Helen passed away June 17, 2014.

He will be missed by his brother, John Jolin of Green Bay; nephews and nieces, Jim (Debra) Geitner of the Town of Nasewaupee, John (Debra) Geitner of Kaukauna, and Ann Hendricks of New Franken, and Dan (Dawn) Jolin of Clarksville, VA and Debbie (Robert) Wilhelm of Hartford, WI; great-nephews and great-nieces; other relatives; and friends.

His life will be honored with a Mass of Christian Burial celebrated at 12:00 noon on Thursday, August 6, 2020 at St. Joseph Catholic in Sturgeon Bay with Fr. Robert Stegmann as celebrant. Jim will be laid to rest in the St. Joseph Cemetery Mausoleum, beside his wife, Helen.

Those attending the visitation or Mass are to wear face masks and maintain social distancing.

Memorials may be given in Jim’s name to support Meals on Wheels (c/o Door County Aging and Disability Resource Center) or Door County Habitat for Humanity, both of which provided tremendous care and help for Jim over the years.

Huehns Funeral Home in Sturgeon Bay is assisting the family. Expressions of sympathy, memories, and photos of James may be shared with his family through his tribute page at www.huehnsfuneralhome.com.