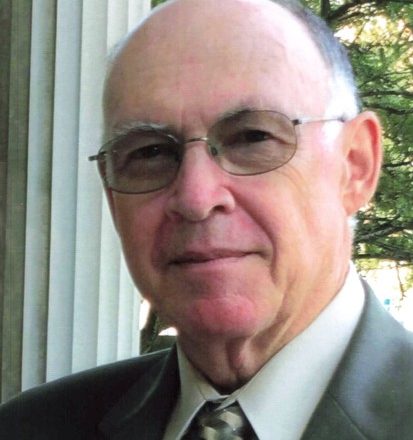 He was born October 26, 1950 in Pontiac, Illinois, son of Leo Harold and Dorothy Elizabeth (Jacobs) Roche. Jim graduated from Saunemin High School in 1968 before continuing his education at Southern Illinois University. He worked as Chief of Police in Crete, NE for six years, Deputy Chief of Police in Wheeling, IL for two years, and Chief of Police in St. Charles, IL for 13 years. After retiring from law enforcement, he went on to serve as a Federal Security Director for the Transportation Security Administration (TSA) and then as a Federal Coordinating Officer for the Federal Emergency Management Agency (FEMA).  He proudly served in the Army and National Guard for 38 years before retiring as a Lt. Colonel in 2010.

Jim married Janet Eileen Rodino on August 25, 1973 at St. Mary’s Catholic Church in Pontiac. Upon their retirement, they moved to Door County and spent their winters in Tucson, Arizona.  He was an avid woodworker and loved golfing and model trains.  He remained an active member of his communities and cherished time with his family and friends.

He was preceded in death by his father, Leo Roche.

A memorial mass will be held in Pontiac at a later date. Memorial donations can be made in his name to any charity benefitting children.

Huehns Funeral Home, Inc. & Door County Crematory LLC of Sturgeon Bay are assisting the family. Expressions of sympathy, memories, and photos of Jim may be shared with his family through his tribute page at www.huehnsfuneralhome.com.