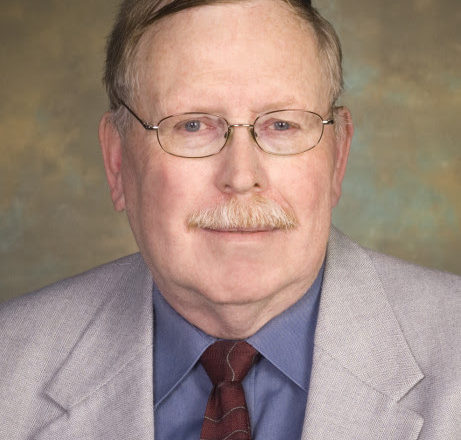 Jim was born in Madison, WI on August 18, 1941 to Gwendolyn H. Bauman. Shortly after birth, he was adopted by Gwen’s sister, Shirley Jean Bauman Hoehn, and her husband, Henry Gerard Hoehn. Jim was raised in Galena, IL and attended Galena Public Schools through 10th grade. He finished high school at Shattuck-St. Mary’s School in Fairbault, MN, graduating with the class of 1959. Jim continued his education at the University of Wisconsin-Madison (BS) and then the University of Illinois-Chicago (MD and MS). He pursued surgical training at Presbyterian St. Luke’s Hospital (RUSH) in Chicago, IL and Surgical Oncology fellowship training at the University of Texas MD Anderson Cancer Center in Houston, TX. Jim was commissioned in the United States Navy in 1966 at the start of his training, deferring active duty until his training was finished. He attained the rank of LCDR USNR and served at Naval Hospital No. 1, Portsmouth, NH as Chief of Surgery and Executive Officer. Jim was honorably discharged from the Navy on June 24, 1974.

Jim came to Marshfield, WI in 1974, employed by the Marshfield Clinic as their first Surgical Oncologist. During his 35-plus years of clinical/research practice with the Marshfield Clinic and the Marshfield Research Foundation, he served on many committees including the executive committee for three years, business committee, professional practice committee, Institutional Review Board, and several building committees. He served as Chief of the General Surgery Department for a number of years. Jim was a Fellow of the College of Surgeons and was a member of the American Society of Clinical Oncology, Central Surgical Association, Society of Surgical Oncology, Wisconsin Surgical Society, and the American Medical Association.

Jim’s practice afforded him the ability to participate in clinical research, primarily through the National Cancer Institute/National Surgical Adjuvant Breast and Bowel Program (NCI/NSABP), offering his patients research treatments on clinical trials which became standard of care decades later. This was most satisfying to him.  Jim served on the board of directors of NSABP, was Chairman of the Membership committee, and was presented the NSABP Lifetime Achievement Award in 2011. In the decade after clinical practice, he was a volunteer auditor for National Cancer Institute joining audit teams to over 70 sites in the U.S. and Canada. Jim also was a volunteer surveyor for the American College of Surgeons for their new Breast Center Certification program (NAPBC), which standardizes the treatment of breast cancer throughout the county. He visited over 55 sites.

Jim was the author or co-author of numerous peer-reviewed articles; the most rewarding were those co-authored with his research colleagues that changed the treatment of breast cancer from the radical mastectomy to a multidisciplinary approach that included the patient in the decision making for care.

In the last few years, he worked on genealogy, read murder mystery novels, followed the ups and downs of the Milwaukee Brewers, and enjoyed the offerings of living in Door County, WI. Jim never stopped reading with great interest the new research findings continuing to change the approach to breast cancer care.

He was a man of few words, but when he spoke, he said volumes.

He was preceded in death by his parents; birth mother; son, James (Tricia) Hoehn II; and other relatives.

Jim will be laid to rest beside his parents in Greenwood Cemetery in Galena, IL with a private graveside service with Rev. Jim McCrea, of First Presbyterian Church of.

Arrangements have been entrusted to the care of Huehns Funeral Home, Inc. & Door County Crematory LLC in Sturgeon Bay, WI. Expressions of sympathy, memories, and photos of James may be shared with his family through his tribute page at www.huehnsfuneralhome.com.