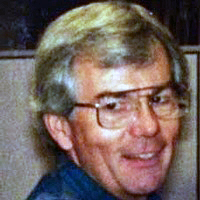 James Max (Jim) Wilkinson died unexpectedly Dec. 18, 2017 at Door County Medical Center in Sturgeon Bay. Jim was born Feb. 10, 1942 to Ora “Evelyn” Wilkinson and Max  “Bud” Wilkinson. He was raised in Ottumwa, Iowa and graduated in 1962 from Iowa State University in Ames, Iowa. After graduation, he moved to Marshalltown, Iowa, where he enjoyed a lifelong career at Fisher Controls and was proudly the father of three children:  Wiley, Wesley and Christy. On Sept. 12, 1987, Jim married Karen Hammitt and they enjoyed 30 wonderful years together, recently spending their seasons between Baileys Harbor, Wisconsin and Summerville, South Carolina.

Jim was a teacher of all things. His method was simple – he taught by example. Whether it was working on cars and motorcycles with his sons in the driveway or teaching his grandkids how to skip rocks across the bay, he faced every teachable moment with enthusiasm and encouragement. His character became their foundation.

Jim was strong in body, in spirit, in faith and in commitment. He was self-made and self-reliant. If he needed something and didn’t have it, he would build it. If he didn’t understand something, he studied it. If he was passionate about someone or something, he was “all in” and everyone knew it. When his boys were young, Jim was a Little League coach and then the President of Marshalltown Little League, taking a team all the way to the regional World Series in Omaha. In retirement, Jim enjoyed his sailboat, his annual cross-country Harley rides with his son Wes, and taking trips to historical places with Karen. He was also active in Sunday School classes and Bible Study. He was not shy and he enjoyed striking up conversations with people, even those he didn’t know, to curate friendships and soak up knowledge of the place his was visiting. Once while in France, he got lost. Not knowing how to speak French, he went up to a stranger and asked for directions in a French accent. It worked!

Jim relished the good things in life including art and music, travel, food and wine, a good joke, and friends and family. The number of people who called Jim a friend was many. He was loyal. His faithfulness to the important people in his life could be seen in the way he steadfastly maintained ties with them. From weddings, baptisms, graduations, holidays, and funerals, Jim could always be counted on to be there. Jim watched after his mother and took long trips to visit her regularly until the day she died.

A life well lived and a family that is loved deeply is Jim’s legacy. A memorial service to honor Jim will be scheduled later in the spring. Arrangements will be made by Casperson Funeral Home in Sister Bay.