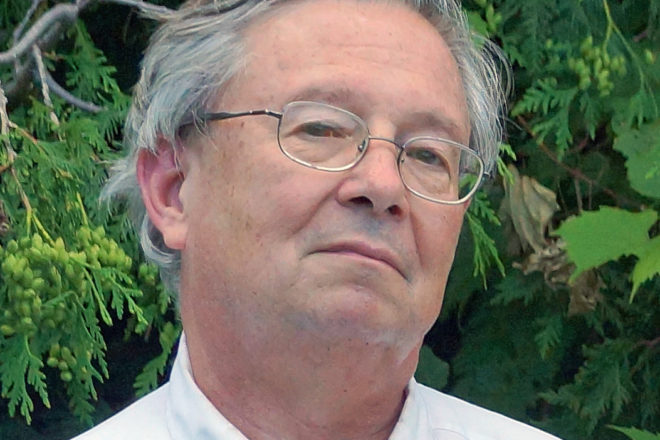 James Robert Ehmke, 66, was a first generation American born in Chicago, Illinois to a Sicilian-German family. His parents were Herman and Rose (Andalina) Ehmke. He graduated from Lane Tech High School in 1968 and from the University of Illinois – Chicago in 1972 with a degree in biology. He was a corpsman in the Naval Reserves and served at the Great Lakes Naval Base hospital for four years. He married Jean Lundberg on May 26, 1973. They lived in Chicago for 18 years before moving to Baileys Harbor; all the while he worked as a manager and estimator at printing companies throughout Chicago and Iowa. He started his career in the printing industry at sixteen sweeping the floors at Chicago Press, where his father worked as a typesetter and salesman. He most recently worked as an estimator at JohnsByrne in Niles, Ill. Jim also spent his weekends from 2008 to 2012 washing dishes and making coffee at Espresso Lane in Baileys Harbor. His whole life was family, work and cars. He had incredible work ethic and his personal motto was, “Treat your job as if you own the place.” He was also always ready to babysit his grandkids. Jim knew everything about cars and closely followed Formula One.