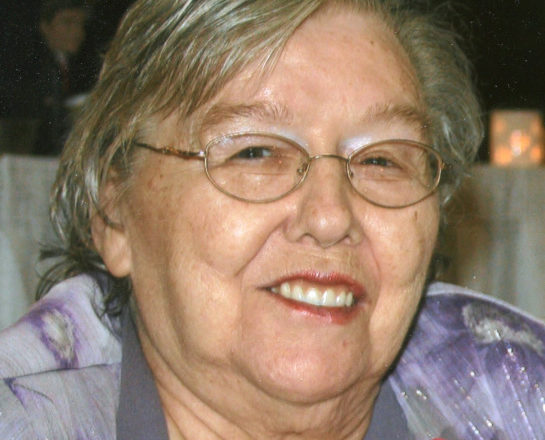 Janet Eleanor Pallister, 85, of De Pere and formerly of Sturgeon Bay, died March 9, 2020. She was born in Cornish, Maine, to Charles and Helen (Pease) Bradeen.

Janet graduated from Fryeburg Academy and Gorham State Teachers College and earned her B.S. degree in elementary education. She taught at Lonsdale School in Norfolk, Virginia, for several years. Janet and Richard moved around to Maine, Virginia, Ohio and Illinois during his naval career. After Richard’s retirement in 1965, they settled in Sturgeon Bay.

Janet was involved with her children and grandchildren. She made and sold various craft items at shops in Door County. Janet moved to De Pere in 2001 following the death of her husband of 35 years. She was a member of the Sturgeon Bay United Methodist Church. Janet loved to spend time with her children and grandchildren, and she enjoyed crafts, cross stitch, reading, puzzles and sports.

She was preceded in death by her parents; her husband; son, Charles Pallister; a sister, Anne Pingree; sister-in-law, Betty Conard; and a brother-in-law, Tom Pallister.

Funeral services will be Friday, March 13, 11 am, at the Sturgeon Bay United Methodist Church, with Rev. David Leistra officiating. Visitation will precede, 10-11 am, at the church. Burial will be in Bayside Cemetery.