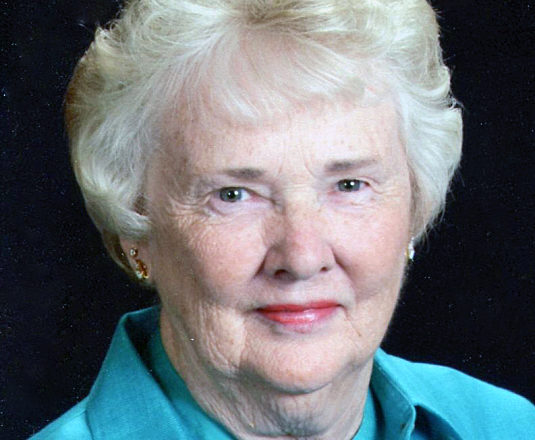 Janis Claire Neubauer 75, of Appleton and Sturgeon Bay, lost her 10-year battle with breast cancer on February 24, 2017, in DePere.  She is now happily in the presence of her Lord and Savior Jesus Christ.  Janis was born on October 20, 1941, in Sturgeon Bay to Alfred and Norma (Harmann) Gietz.  She graduated from Algoma High School in 1959 and Oshkosh State College in 1963.  Her first year of teaching was in Wauwatosa, WI and then 36 years in the Appleton Area School System first at Steven Foster and then at Edna Ferber Ed. Schools.  Her greatest joy came from watching those first graders learn to read and appreciate nature.

Jan was a creative person and learned to knit crochet, do hardanger, and create items from fabric, wood, etc. and was a member of several area craft groups.  Many people have Christmas ornaments she created.  She loved decorating for all holidays and spending time at their Door County home enjoying family and every pleasure nature could offer.  Jan was commended for her caring and creative personality.

On July 24, 1965, she became the bride of David J. Neubauer at St. Paul’s Lutheran Church in Algoma. They celebrated their 50th wedding anniversary in 2015.

She is survived by her husband and best friend, Dave; brother, Dean Gietz and wife Lou Ann, Algoma, WI; nephew, Dean S. Gietz, Algoma; niece, Deanna Haberlie; and great niece, Faith Haberlie, Sturgeon Bay; she is further survived by other friends and relatives.  Janis is preceded in death by an infant brother and her parents, Alfred and Norma Gietz.  Her faith in God kept her strong to the end of her life on this Earth.