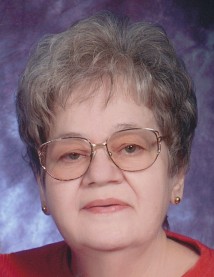 Jean Arleen Daniels, 77, of Appleton, formerly of Sturgeon Bay, died early Tuesday morning, March 10, 2020, at the home of her daughter, Donna, where she had resided the past two years.

She was born Dec. 6, 1942 in Sevastopol, the daughter of the late Charles and Lena (Oberer) Vertz. Jean attended Evergreen and Pleasantville schools before graduating from Sturgeon Bay High School. On Oct. 3, 1964, she married Donald H. Daniels at Bay View Lutheran Church. Don preceded her in death on March 28, 2011.

Jean had worked in food service, and hospitality for Cabash Lodge in Hainesville, cherry and apple factories, the Fawn Restaurant and Country Kitchen as a cook.

She enjoyed playing bingo, solving word search puzzles, taking car rides, family meal days and gatherings, and was all in for her grandchildren.

A private family funeral service will be held at Huehns Funeral Home in Sturgeon Bay, with Pastor Beth Macha officiating. Burial will follow at Bayside Cemetery.

Special thanks go out to the staffs of Theda Care at Home Hospice and Cherry Meadows Nursing Care for their help and guidance.

Expressions of sympathy, memories, and photos of Jean may be shared with her family at huehnsfuneralhome.com.