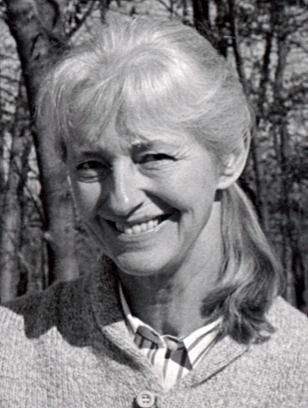 Jean was born on December 13, 1935 in Dayton, Ohio. Her parents were D.I. Wilson (tool and die engineer) and Alice Wilson (teacher and homemaker). Jean lived in the Dayton area to maturity. She cherished the summers her family spent in Vermillion Bay, Ontario. She graduated from Tippecanoe High School, Tipp City, Ohio with the class of 1953. She graduated from Denison University, Granville, Ohio in 1957 with a double major in Art and English. At Denison she was a member of Pi Beta Phi sorority, an Associate Editor of The Denisonian, the student newspaper, and honored by being selected to Mortar Board, the national senior women’s honorary.

In April of 1958 when Jean was teaching art in the Rochester, Michigan school system she met 2nd Lieutenant Allyn Ensign who was home on leave. They were married in the Polk Grove Church near Tipp City on December 27, 1958. Jean began her life as an Army Wife at Fort Campbell, Kentucky and continued with that for 28 years, persevering and enjoying the way of life.

Jean was very creative and talented and had several interests. First, she was a graphic artist who worked in watercolor, pen and ink, oil, and acrylic. She was proud that one of her watercolors was chosen for and published in the book Celebrating Door County’s Wild Places. In the mid 1980s Jean was the artist in residence for Mount Vernon, George Washington’s home. Among other things she did was to create a poster that is still on sale at the gift shop.

She was also an enthusiastic teacher in public schools, private schools, and Department of Defense schools. She taught art, English, and social studies. For one year, at Kealakekua High School on the Big Island, she taught Hawaiian history.

Jean was an accomplished horse person. As a youngster she received horsemanship instruction and later, as an adult, successfully showed her American Saddlebred gelding in the Florida circuit, earning reserve champion recognition.

In addition Jean was an avid yoga practitioner. Soon after she and Allyn moved to Door County in 1998 she began teaching yoga at the YMCA, helping increase interest in that activity.

Jean was a kind, bright, creative, knowledgeable doer. She was soft spoken but people who knew her listened. She is loved!

She will be laid to rest in Ft. Sheridan Cemetery in Illinois. Memorials may be given in Jean’s memory for the Door County YMCA. Condolences and guestbook signing may be offered at www.huehnsfuneralhome.com.