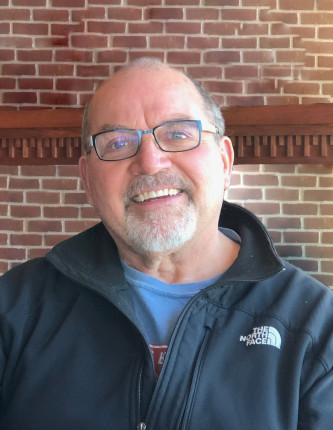 Jeffery Allen Vander Venter was born in Washburn, Wisconsin to his proud parents, Vince and Shirley. He was a beautiful little boy who loved animals and being outside, roaming the woods and waters of Cornucopia, WI. He loved music, a passion and gift he carried his entire life. Over the years, he was a member of multiple bands and always carried his guitar in case some music was needed. Jeff loved to dance and sing as well; his dance moves and strong, honest voice will be remembered in the various CD recordings and videos that exist.

Jeff graduated from South Shore High School in Port Wing, WI in 1971. Jeff went on to earn his BSN at UW-Oshkosh, and later his APNP from St. Scholastica. Jeff’s career as a nurse, and later as a nurse practitioner, was one he was very proud of. He loved to help people and his compassionate nature always shined through. In 1986, Jeff joined the United States Army Reserves. He proudly served his country in Operation Desert Storm in the Army Nurse Corps. He served until 1995, when he was honorably discharged from service.

Jeff was the proud father of two beautiful daughters, Amanda and Marie. Their light was and is just as bright as their father’s. Marie’s journey in this life ended much too early in 2020, a pain no father should have to endure. After Marie’s passing, Jeff was a rock for his daughter, Amanda, his wife, Terry, and the mother of his daughters, Pam.

Jeff’s authentic, shining personality ensured that if you met him, you would never forget him. His laugh, smile, wisdom, and love of life will forever be treasured by his family, friends, bandmates, and patients.

It would not be uncommon to wake up in the morning to the strongest coffee you have ever smelled and breakfast cooking on the stove, grill, or open fire. He made the best breakfasts, with perfect army fries.  His Bloody Marys had excellent seasonings, garnishes, and too much horseradish. The signature way he would shake them all together was an unmistakable sound. His chili often contained mystery ingredients and spices; however, it always contained a beer and some roasted peppers and was always delicious.

Jeff was a super fan of all Wisconsin sports. He attended the 1997 Super Bowl in New Orleans, Louisiana, where he saw the Green Bay Packers win the World Championship after a 30-year hiatus. He also loved the Milwaukee Brewers, Milwaukee Bucks, and UW-Madison Badgers. He and his family also completed two ‘trifectas,’ attending Packer, Brewer, and Badger games all in a row. We also all got a kick out of Jeff’s infatuations with solar and lunar eclipses. It was not unusual to get a voicemail about a proposed trip to Texas or Maine to get the best view of the phenomenon.

Jeff embarked on his new adventure on Friday, June 10th, 2022. We’re mourning our loss, but before he left this world behind, Jeff assured us he had lived a good life. He proclaimed Marcus was his last dog; he was never getting on another airplane; he had no regrets; and he had bought his last truck – a red Ford F-250 King Ranch with a kick- ass bumper guard (he told his sister, “Just hit the deer, they will bounce right off”).

Services to remember this unique and powerful force of nature will be held at Huehns Funeral Home in Sturgeon Bay, WI on Saturday, June 18th from 12:00 p.m. until 4:00 p.m.

Visitation will commence at 12:00 p.m. with full military honors at 2:00 p.m. and a time for sharing of memories immediately following. Burial services will be held in Cornucopia, WI at a later date.

In lieu of flowers, memorial donations can be made in Jeff’s name to the following charities: Guitars 4 Vets (a 501(c)3 non-profit dedicated to providing relief to struggling veterans through the healing power of music and community – https://guitars4vets.org/) or K9s for Warriors (a group determined to end veteran suicide and the nation’s largest provider of trained Service Dogs to military veterans suffering from PTSD, traumatic brain injury, and/or military sexual trauma – https://k9sforwarriors.org/).

Expressions of sympathy, memories, and photos of Jeff may be shared with his family through his tribute page at www.huehnsfuneralhome.com.