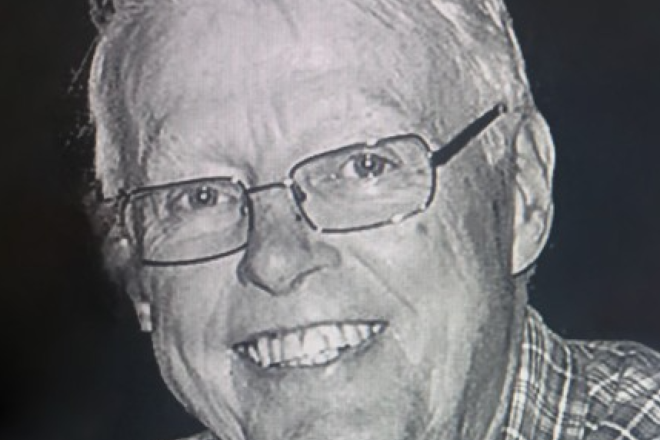 Jerome “Jerry” T. Young of West Hartford, Connecticut, died at the age of 82.

He grew up in the greater Chicago area and participated in the Boy Scouts, through which he was inducted into the Order of the Arrow. He always wanted to explore new places and managed to see much of Europe while enlisted in the U.S. Army. After being honorably discharged, Jerry met Mary, who became his wife of 55 years.

He continued to serve in the community, spending time as president of the local Kiwanis club and as a volunteer firefighter in Sturgeon Bay. After moving to Connecticut, he volunteered for Special Olympics events throughout the year, assisted with Habitat for Humanity projects and lent a hand weeding the flower beds in the Elizabeth Park Rose Garden. Jerry regularly attended activities at the West Hartford Senior Center and was part of the initial group to join its fitness center.

During his downtime, Jerry could be found watching auto racing, doing daily crossword puzzles, reading books of all kinds and gardening. He loved all kinds of food and was always interested in trying new dishes at restaurants or cooking them at home.

Jerry will be missed by his wife; his daughter, Mary; a brother, Phil, of Sturgeon Bay; a large extended family; and friends.

Private memorial and committal services will be held.

Donations can be made in his name to the West Hartford Senior Center (15 Starkel Road, West Hartford, CT 06117-2411) or the Elizabeth Park Conservancy (at elizabethparkct.org).

Molloy Funeral Home in West Hartford, Connecticut, is assisting the family. Expressions of sympathy, memories and photos of Jerry can be shared through his tribute pages at molloyfuneralhome.com or huehnsfuneralhome.com.