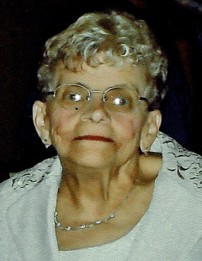 She was born June 9, 1939 in Oak Park, Ill., the daughter of the late Frederick and Bernice (Chapman) Drueen. Joan graduated in 1957 from Maine Township High School. On August 13, 1960, she was united in marriage to William D. Lindal in Morton Grove, Ill. They owned and operated the Bel-Aire Motel in Egg Harbor from 1976 until 1979. Joan also owned the Next Door Gift Shop and Just For You Gifts with her daughter, Donna. She previously worked for her sister-in-law, Jeannie, at the Chief Oshkosh Trading Post.

She was preceded in death by her parents; step-father, Vito Sarli; and her grandson, William D. Lindal.

Joan’s life will be honored with a funeral service held at 11 am, Saturday, March 17, 2018 at Bay View Lutheran Church in Sturgeon Bay with Pastor Tim Malek officiating. She will be laid to rest in the Washington Island Cemetery on May 24, 2018.

Visitation for family and friends will be held at Huehns Funeral Home in Sturgeon Bay on Friday, March 16, 2018 from 4-8 pm and at Bay View Lutheran Church, Saturday morning, from 10 am until the time of service. **Please be aware that the St. Patrick’s Day parade will begin at 10 am in Sturgeon Bay and those traveling from the northern Door County may want to consider traveling over the Bayview Bridge to S. Lansing Ave. to Madison Ave. to Maple St. where the church is located.**

Expressions of sympathy, memories, and photos of Joan may be shared with her family through her tribute page at www.huehnsfuneralhome.com.