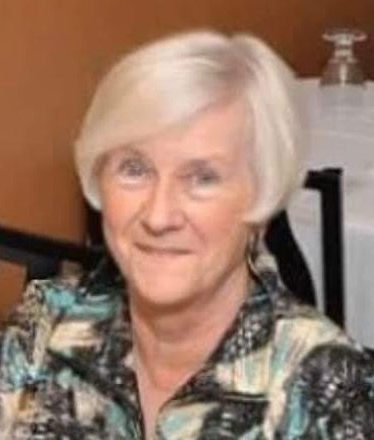 Joan Rita Wodack, 78, of Sturgeon Bay, was called Home to be with the Lord and was reunited with her husband, Gary, early Wednesday morning, May 13, 2020 at AuroraBayCare Medical Center in Green Bay.

She was born June 2, 1941 in Sturgeon Bay, the daughter of Marvin Arthur Schuster and Myrtle Hannah (Grovogel) Schuster. Joan attended Sevastopol High School and graduated with the class of 1959. On February 1, 1964, she was united in marriage to Gary “Woody” Wodack at Holy Name of Mary Catholic Church in Maplewood. They were blessed with over 53 years of marriage until he preceded her in death on June 20, 2017. Prior to starting a family, Joan worked at Amity but once she had children, she took pride in being a stay at home mom and was able to be there for all her children and grandchildren. As a child, Joan grew up attending St. Peter’s Ev. Lutheran Church in Sturgeon Bay. You could often find Joan enjoying her favorite pastime…shopping! She had a passion for decorating especially for the Halloween and Christmas seasons. Joan was fond of doing crafts and having her coffee time while visiting with her friends at McDonald’s. She enjoyed going to the races to cheer on her favorite driver and spending time with her family, particularly attending her grandchildren’s sporting events, musicals, and plays. Her grandchildren were her life.

Joan’s life will be honored with a funeral service outside of Huehns Funeral Home on Saturday, May 16, 2020 at 12:00 p.m. with Pastor Joel Sauer of St. Peter’s Lutheran officiating. She will be laid to rest in Bayside Cemetery next to her husband.

Huehns Funeral Home in Sturgeon Bay is assisting the Wodack family. Expressions of sympathy, memories, and photos of Joan may be shared with her family through her tribute page at www.huehnsfuneralhome.com.