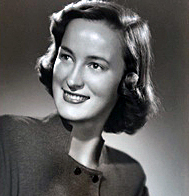 Joan S. Hooper, a resident at Scandia Village in Sister Bay, 88, was born in Milwaukee to Louis and Barbara Slaby. Joan survived her beloved husband of 55 years, Van B. Hooper, who died in 2007. Joan graduated from Shorewood High School in 1947 and Marquette University in 1951, where she earned her PhD. She was a founding member of Marquette Ski Club and a Charter member of the Marquette Chapter of National Spanish Honorary Society. Joan had great verbal and writing skills.  She wrote for Van’s magazines, for Sanibel Island’s Island Sun newspaper, and for many national newspapers and magazines. She was a member of the Midwest Travel Writers Association. Funeral services will be on April 7 at Stella Maris Sister Bay site, visitation at 9, and mass at 10. Joan requested that in lieu of flowers, charitable donations be made to Stella Maris Parish, or to Scandia Village Good Samaritan (for resident needs).