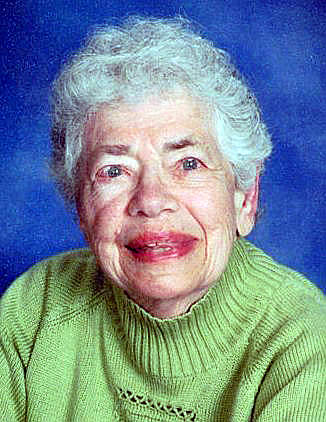 Joann was born April 17, 1926 in Sheboygan to Clifford and Wilma (Robinson) Engeswick.

Joann received her Bachelor’s degree in education from Mac Murray College in Illinois. She went on to teach history, journalism, and Latin at Weyauwega High School. While teaching at Weyauwega, she met and married George Howard Johnston. Joann and George later moved, with their two older children, to Random Lake where George was a guidance counselor and high school principal.

Joann and George rounded out their family with two daughters while living in Random Lake. In 1967, the family moved to Sturgeon Bay when George accepted the job of principal at Sturgeon Bay High School. George preceded her in death on September 8, 1982.

With education and literacy being a firm foundation in Joann’s life she served on the library board that was instrumental in the building of the Door County Library and Miller Art Center in Sturgeon Bay. Joann also spent many years volunteering one-on-one with children at Sturgeon Bay Elementary Schools as a “Reading Buddy.”

Joann was a very active member of Hope Church in Sturgeon Bay. She took great pride in the fact that she did everything from acting as the church’s secretary in the 1970’s to being the church treasurer well into her 70’s as well as serving on various committees throughout the years. Her church life and friends meant the world to her.

She was preceded in death by her parents; husband; and an infant daughter.

Memorial donations may be made in her memory to the Door County Library or NAMI.

“Our family would like to thank the staffs of Scandia Village and Unity Hospice (especially Cindy Meyer RN) for their loving care given to our mother.”

Huehns Funeral Home & Cremation Services in Sturgeon Bay is assisting the family. Condolences, memories, and photos of Joann may be shared with her family via her tribute page at www.huehnsfuneralhome.com.