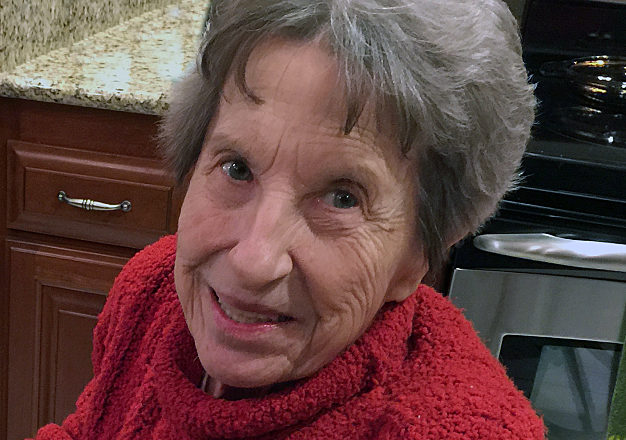 She was born January 28, 1937 in Milwaukee, the daughter of the late William and Agnes (Osmanski) Wargowski. Following Joann’s graduation from Divine Savior High School in Milwaukee in 1955, she went on to play shortstop for the Racine Belles – something she was always very proud of. Joann was united in marriage to John LeRoy Feltes on June 3, 1961. Together, they owned and operated a dairy farm in the Town of Sevastopol for forty years. John died unexpectedly in a farming accident on September 15, 2001.

Joann also worked for Peninsula Antique as a sales associate until her retirement.

She attended Corpus Christi Catholic Church in Sturgeon Bay. Joann was a member of Sturgeon Bay Business Women and was also a 4-H leader. She was an amazing bowler and enjoyed following sports, especially the Green Bay Packers.

She was preceded in death by her parents; husband; parents-in-law, Cliff and Marian Feltes; and brother in-law, Herbert Trentz.

Joann’s life will be honored with a Mass of Christian Burial held at 11 am on Thursday, October 19, 2017 at Corpus Christi Catholic Church in Sturgeon Bay with Fr. Carl Schmitt as celebrant. She will be laid to rest in St. Joseph Cemetery Mausoleum.

Visitation for family and friends will be held from 5-8 pm, Wednesday evening, Oct. 18, 2017 at Huehns Funeral Home in Sturgeon Bay with a parish wake service to be held at 7:30 pm. Visitation will continue at Corpus Christi Catholic Church, Thursday morning, from 10 am until the time of Mass.

Memorials may be given in Joann’s memory for St. John Bosco School and the Boys & Girls Club of Door County.

The family would like to extend a special thanks to the staffs of Unity Hospice, Cardinal Ridge, and Whispering Heights for their compassionate care and to all those who came to visit Joann.

Expressions of sympathy, memories, and photos of Joann may be shared with her family through her tribute page at huehnsfuneralhome.com.