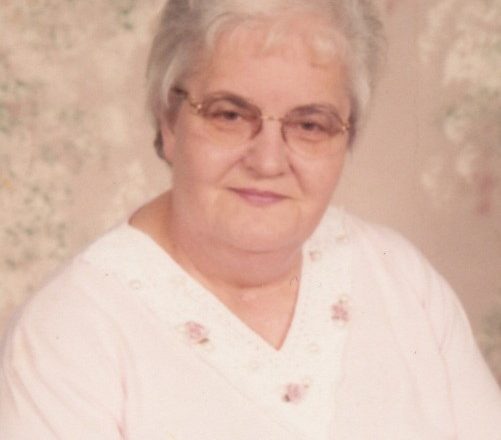 She was born August 2, 1937, in Sturgeon Bay, daughter of the late Walter and Lucy (Kimber) Bruckner. Joanne wore many hats throughout her working career. She worked at the Dorchester as a nurse’s aide, Schumacher Realty, Bay Pharmacy, and retired from HATCO in 2000. During retirement, she worked at the Nightingale Supper Club. On February 19, 1955, Joanne was united in marriage with Myron Otto Herbst at Zion Ev. Lutheran Church in West Jacksonport. The two shared 20 years of marriage together before he preceded her in death on January 26, 1976. Joanne was a member of Bay View Lutheran Church. She enjoyed sewing, canning, and baking. The most important thing to Joanne was being a grandma.

Joanne’s life was honored with a private funeral service. She was laid to rest in Zion Ev. Lutheran Cemetery in West Jacksonport, alongside her husband, Myron.

Huehns Funeral Home of Sturgeon Bay is assisting the Herbst family. Expressions of sympathy, memories, and photos of Joanne may be shared with her family through her tribute page at www.huehnsfuneralhome.com.