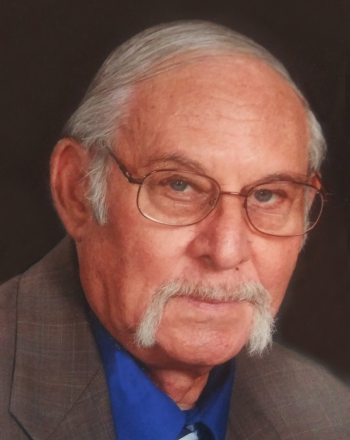 He was born January 27, 1933 in Milwaukee, the son of Otto John Haunfelder and Marguerite (Ledenbach) Haunfelder. John attended Boys Tech High School (now Bradley Tech High School) in Milwaukee. He was drafted into the United States Army and served his country for two years during the Korean War before his honorable discharge and return home. Through a friend of his brother’s, John met Geraldine “Gerry” Loretta Meyers, and they were united in marriage on August 20, 1955 at Holy Angels Catholic Church in Milwaukee. John went to work for the Milwaukee Journal Sentinel (where his father and brother were working), initially as a pressman and eventually became a foreman. He retired from the Milwaukee Journal Sentinel after 44 years in the mid-1990s. John and Gerry then moved to Door County full-time, a place John’s family had visited for decades, replacing their cabin on Clark Lake with their (retirement) home.

John and Gerry initially attended St. Anthony Catholic Church in Menomonee Falls and then St. Michael Catholic Church in the Town of Jacksonport (now Stella Maris Parish-Jacksonport site) where they remained active parishioners. They volunteered with various parish ministries and also with St. Vincent De Paul. John bowled in league in the Milwaukee area and shot trap there and in league in Door County, occasionally with his family. He was an avid hunter (deer, pheasant, and duck) and fisherman. Clark Lake and Lake Michigan and also Milwaukee Harbor and Port Washington Harbor (earlier in life) were some of his favorite fishing spots. John enjoyed boating over the years on his wooden Dunphy, 21 ft. Cuddy, 19.5 and center console.  He was an extremely hard worker, but above all, he was a devoted family man. John and Gerry were blessed with nearly 66 years of marriage, five children, six grandchildren, and four great-grandchildren, and he loved spending time with them.

He was preceded in death by his parents; two siblings, Mavis (Harry) Loritz and Otto A. “Buddy” Haunfelder; and siblings-in-law, Ronald (Bernadette “Bernie”) Meyers, Maureen (John) Vilkowski, and Arnold (Roberta) Meyers; and other relatives.

A Mass of Christian Burial was held on Friday, July 16, 2021 at Stella Maris Parish-Jacksonport site with Fr. Thomas Farrell as celebrant. John was laid to rest in St. Michael’s Catholic Cemetery in Jacksonport with military honors by the United States Army and V.F.W. Post #3088.

Huehns Funeral Home in Sturgeon Bay is assisting the family. Expression of sympathy, memories, and photos of John may be shared with his family through his tribute page at www.huehnsfuneralhome.com.