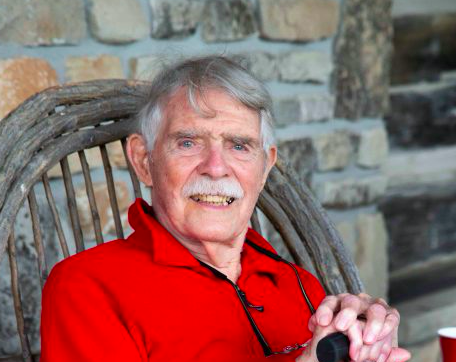 He was born in Chicago, the son of the late Frank and Lorna (Robertson) Zito. Jack served his country as a submariner during WWII stationed in the Pacific on the USS Trepang. On March 2, 1944, he married Margaret “Noni” Hogan, the absolute love of his life, in Denver. Noni preceded Jack in death on May 21, 2017.

Jack was an entrepreneur who started a custom envelope and printing business called Carrier Envelope in Chicago until his retirement in 1995.

He was an active member of Stella Maris Parish in Sister Bay. Jack loved being on, in or under the water. In his younger years, he was a life guard on North Avenue Beach and a member of its rowing team. When the children were younger, Jack took an interest in scuba diving, which took him on dive trips all over the world and ultimately led him to boating and Door County. His adventures in boating, primarily on the Great Lakes, are legendary and fuel for many “remember when” stories by family and friends.

After his boating life, Jack became an avid golfer. He organized the Scand golf outings and fundraiser, loved to golf at Peninsula Golf Course and managed the Ephraim Yacht Harbor. He was a member of the Porsche Club of America and raced his cars at Elkhart Lake Road America.

In lieu of flowers, memorials may be directed in Jack’s memory to Scandia Village and Unity Hospice.

Jack Zito will be truly missed by all who knew and loved him.