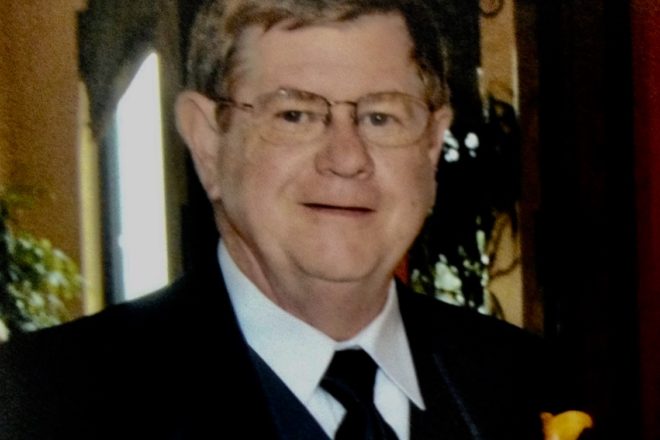 It is with great sadness that the Kenneavy family announces John Kenneavy died on February 2, 2021 at Fawcett Hospital in Port Charlotte, FL. John was born in Chicago, IL on June 23, 1946. He was raised in Oak Park, IL where he attended Oak Park River Forest High School, followed by four years at St. Mary’s College in Wynona, MN, graduating with a BA in Business. Later, he attended DePaul University in Chicago, where he was awarded an MA in Finance and Accounting.

John married Kathleen O’Brien, an elementary school teacher from Oak Park, IL in June 22nd, 1974. While living in Oak Park, John used his finance background in his job as an auditor at the Illinois Tollway. He later became a financial analyst at Rockwell International.

Although John and Kathy were both city dwellers, their hearts belonged to Wisconsin. Kathy coaxed John to achieve his lifelong goal of owning his own business by moving to Door County, where Kathy and her family had a vacation home. The couple moved to Sister Bay, Door Co. in 1977 with 14-month old daughter, Kristin. They bought the Bakery of Sister Bay (formerly Pisha’s restaurant), renovated it and returned it to its original purpose as Kenneavy’s Kitchen restaurant. Son, Sean, soon joined the family in 1978. The Kenneavys ran the business for 17 years, serving homemade food, fresh bakery, and John’s famous pizza. Many lifelong friendships and memories were made. After selling the restaurant in 1993, John went on to chef in several other Door County restaurants. Kathy continued teaching elementary students at Gibraltar School in Fish Creek for 25 years, retiring in 2010. Kathy looks back on 30 wonderful years of sharing in the lives of many lovely children.

Aside from enjoying the use of his own culinary gifts, John also shared himself with his community. John was one of the first cooks hired to run the kitchen at the, then new, Scand Nursing facility. He worked on the Sister Bay Village planning board and helped to attain financing for the new village dock system. He taught accounting at NWTC school in Sturgeon Bay during the winter. He enjoyed substitute teaching at Gibraltar High School in history and math. But his favorite leisure activity was singing in the Saint Rosalia’s choir, showing off his Irish tenor voice, and acting in several community plays throughout the years.

Unfortunately, John was a victim of Agent Orange while serving in Korea in the late 1960s. His health was compromised in many ways. After a memorable 41 years in Sister Bay, the Kenneavys moved south to Port Charlotte, Florida in order to alleviate some of John’s health issues. John was able to enjoy basking in the warmth of tropical Florida for 2 ½ years. When the sun was under clouds, he was busy working on the HOPCA Board of Directors in his residential community, serving as a member of the Architectural Committee and chair of the Budget and Finance Committee during 2020. He helped cook and serve the weekly lunch at the complex. He and Kathy spent much time volunteering at the St. Vincent de Paul pantry and thrift store in Port Charlotte.

John was a wonderful man with a fondness for people and a great sense of humor. His spirit, positivity, and abundant love of life will be missed by his family, friends, and community members.

A memorial will be held in John Kenneavy’s honor on Thursday, July 22, at 10 am. The ceremony for the former owner of Kenneavy’s Kitchen in Sister Bay will be held at St. John the Baptist Catholic Church at 4540 State Hwy 40, Bloomer, WI. To send flowers or offer condolences, visit http://stjohns.bloomertel.net.