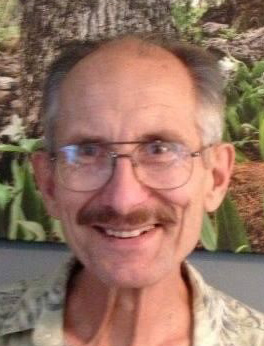 John was born on July 16, 1946 in Minneapolis, Minnesota, the son of John P. Henz and Helen (Moskal) Henz. He attended Mounds View High School and some college before serving in the Army during the Viet Nam War. John lived in Australia with his sister and brother-in-law in the early 1970’s before settling in Door County, Wisconsin. He married Suzanne Weiler at Trinity Lutheran Church in Ellison Bay on December 22, 1974, and their only child Katherine was born in 1976. John married his second wife, Virginia (Field) Olson, at Bay View Lutheran Church in Sturgeon Bay on October 19, 1985.

John held a variety of jobs including food service, carpentry and wood working, and is perhaps best known for his many years as a custodian at Gibraltar School District. He enjoyed travel, especially to mountains, deserts, and National Parks. He was a devout Christian who attended various churches and enjoyed reading about other religions and philosophies as well. John was always reading and learning. In recent years, John could be seen taking his daily walk around Sturgeon Bay, making friend wherever he went.

John is survived by his daughter, Katherine (Niki) Vitela, and grandson Ian Vitela, of Sturgeon Bay; his brother-in-law, Jon Svoem of Fort Atkinson, WI; as well as many cousins, nieces and nephews, and a network of friends and church families.

A memorial gathering for family and friends will be planned later this year. In lieu of flowers, please consider a donation to the 115 Club in Sturgeon Bay or a U.S. Veteran’s charity of your choice and/or take a walk outside to enjoy nature and make new friends.  Forbes Funeral Home is assisting the family with arrangements.