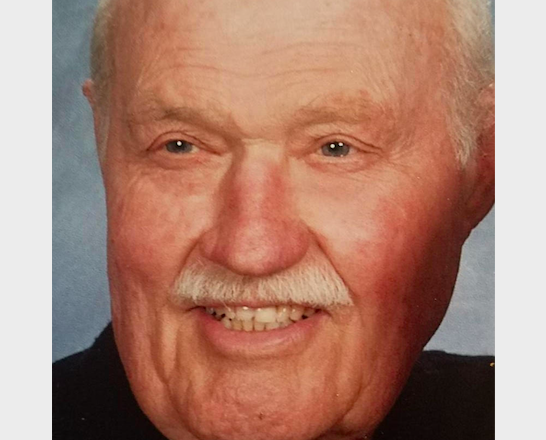 John was born in Menomonie, Wisconsin, to George and Olive Yount. He was preceded in death by his parents, brother George, sister Mary Davis, and son Jeff.

John left high school during his senior year to serve in the Navy during World War II. After the war he returned home to Menomonie and attended the University of Wisconsin-Stout. There he met Beth Robertson of Sturgeon Bay, whom he  married in Sturgeon Bay at Shiloh Moravian Church on August 21, 1948. John and Beth were married for over 70 years.

John taught high school for over 35 years. His first teaching job was industrial education at Needles, California. In 1954, he moved to the new Fontana High School at Fontana, California, to teach machine shop and chemistry. In 1960, John received a grant from the National Science Foundation and returned to school at the University of Wyoming, where he received his doctorate.

John loved teaching of all types and was respected by his peers as a consummate educator. He seized every opportunity possible as a “teaching moment” to explain an astonishing range of concepts, from woodworking and masonry to complex chemical principles, to his beliefs about why everyone can learn and why we should never give up on anyone.

In 1971, John took a leave of absence to lovingly care for his son Jeff, who ultimately lost his battle with leukemia. In doing so, he taught us not only how to do, but also how to be. How to be generous, selfless and forgiving, patient, compassionate and strong in faith.

John and Beth lived every summer in Idlewild, Door County, with their family. In 1965, they purchased Robertson’s Cottages at Idlewild from Beth’s parents, Joyce and Chester Robertson. John loved being in the woods of Idlewild, working hard to make Robertson’s Cottages  a wonderful place guests, friends and family. After retirement in 1985, John and Beth spent six months of every year in Door County.

John loved people, and he and Beth thoroughly enjoyed entertaining friends and  resort guests. He was a member of the Highland Congregational Church since 1954. In his retirement, he was a dedicated volunteer at church, willing to offer his skills and spend his time on any project working alongside friends.

John made a positive impact on many lives. He was a constant source of quiet encouragement and love to his family and friends. Those who knew him were fortunate to have been a part of his life. Although he is lost to us on earth, he will remain present in our hearts.