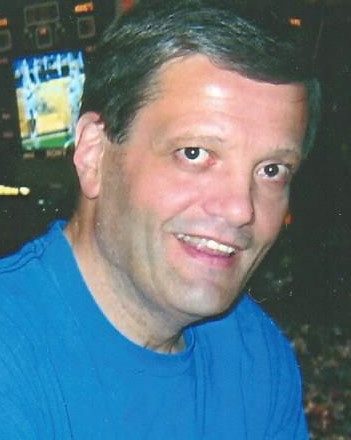 John “Tater” R. Protolipac, 67, of Fish Creek, formerly of Whiting, IN, died peacefully on the morning of Tuesday, November 17, 2020 at his residence surrounded by his family.

“Tater” was born on April 25, 1953 to the late Peter and Helen (Lamski) Protolipac. A longtime Whiting resident, he had relocated to Fish Creek in 2006. He was a graduate of Immaculate Conception School, Whiting, IN and Whiting High School, Class of 1971 and had attended the Calumet College of St. Joseph. He was a retiree of the City of Whiting Fire Department, attaining the rank of Captain with a service of 20 years. He was a former employee of the American Trust & Savings Bank, Whiting (Head of Office Services), Good Samaritan Society Scandia Village, Sister Bay, WI and manager of the Ephraim, Wisconsin Post Office. He was a member of the Knights of Columbus, Pope John XXIII Council, 1696, the Indiana Basketball Hall of Fame and the Masters Basketball Association Senior League. “Tater” was a well-known, accomplished bowler in Northwest Indiana, computer repair technician and most of all, loved playing basketball. He began playing at the Whiting Community Center as a boy and continued to play for many years while living in Whiting. He traveled to Chicago, IL, Detroit, MI, and Florida for years playing in a senior league after moving to Door County. Closer to his Fish Creek home, he played up to five times a week in Sturgeon Bay and Sister Bay.  John was a loyal and avid Chicago Bulls, Bears and Cubs fan. A devoted husband and father, John will be sadly missed by all who knew and loved him.

Funeral services will be held on Monday, November 23, 2020, 11:30am at the Baran Funeral Home, 1235 119th St., Whiting, IN; a Mass of Christian Burial will be offered at 12 noon at St. John the Baptist Catholic Church, Whiting with the Rev. Mark R. Peres, C.PP.S., officiating; entombment to follow at St. John Cemetery, Hammond, IN; visitation at the funeral home on Monday morning from 10:00am to time of services. (Due to the current health situation a limitation of 25 people will be allowed in the funeral home at one time, face masks must be worn, social distancing is expected and temperatures will be taken.)

Huehns Funeral Home in Sturgeon Bay assisted with the family with initial care. Expressions of sympathy, memories, and photos of John may be shared with his family through his tribute page at www.baranfh.com.