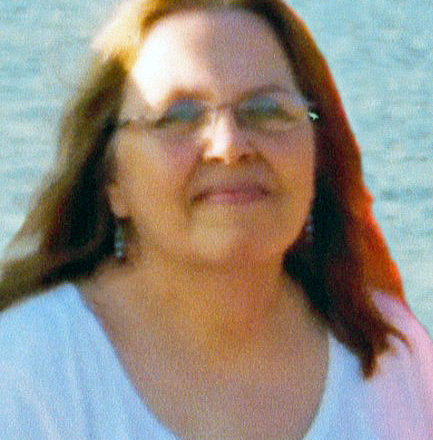 Joy Marie Viste, 66, of Sturgeon Bay, passed away suddenly, Sunday night, September 17, 2017 at Door County Medical Center with family at her side.

She was born September 3, 1951 in Tucson, AZ, the daughter of Glen and Betty (Ratliff) Johnson. Joy attended high school in Arizona through her junior year and then moved to California with her family where she graduated from high school.

Through mutual friends, Joy met Darrell Edward Viste who was serving in the United States Marine Corps. They were united in marriage on October 26, 1974 in Glendora, CA and returned to Door County, WI where (where Darrell was from) a month later.

Joy was employed as a motor tester for Emerson Motors in Sturgeon Bay for nearly 20 years. She retired in the late ‘90s when her health prevented her from working.

Joy liked shopping, especially for her grandchildren, and she enjoyed cooking and watching reality television. Her family meant everything to her.

She was preceded in death by her parents; and grandson, Austin.

A service was held Sept. 25 at Huehns Funeral Home in Sturgeon Bay.

Expressions of sympathy, memories, and photos of Joy may be shared with her family at www.huehnsfuneralhome.com.