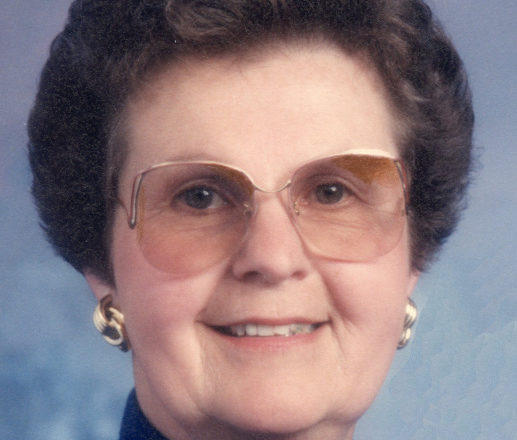 Joyce Marie Klaubauf, 91, died on February 28, 2021, at Algoma Long Term Care Unit.  She was born on September 4, 1929, in Kewaunee to George and Mayme (Kulhanek) Koenig.  Joyce graduated from Algoma High School, Class of “47”and Door-Kewaunee County Normal.  She taught school at Woodside School in Kewanee County.

Special thanks to the staff at Algoma Long Term Care Unit for their wonderful care and support and also to Joyce’s friends and neighbors who “looked after” her these past few years.