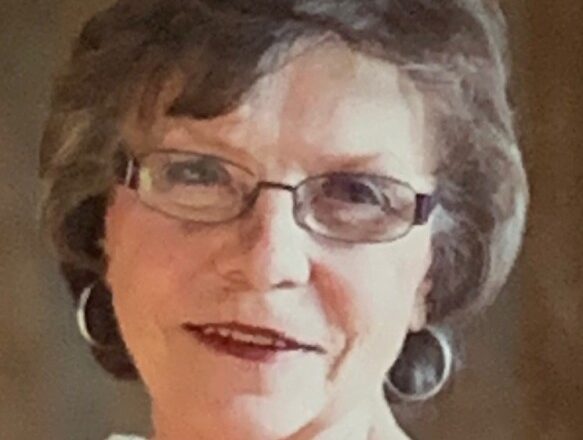 Judy LaVine, 77, Sturgeon Bay died at her home on September 13, 2020, with her family at her side.  She was born October 14, 1942, to Harry and Helen Kaye.  Judy grew up in Little Sturgeon on the family farm with her siblings Kenneth and Edward (Bud) Kaye.  At an early age, Judy appreciated the fine arts and performed dance, tap, baton twirling, cheerleading and played the accordion.

She was an original ”Golden Girl” for the Green Bay Packers and was part of the Golden Girls induction into the Packer Hall of Fame.  After graduating from Brussels High School, Judy moved to Milwaukee where she was an administrative assistant for Saab Corporation. In 1961, she married Thomas LaVine and they started their married life in Milwaukee.  Putting her dreams of traveling the world on hold, Judy began one of her biggest adventures in 1963, by becoming a Mom.

The next big adventure was in 1966 when she and Tom packed up and moved back to Sturgeon Bay to open LaVine’s Liquor store on the east side of town.  The business grew to include The Wine Cellar and Door County Ice.  Judy was an integral part of the business, running the store, bookkeeping and even packaging ice products.  In addition to being a full time Mom, she juggled all the needs of the business as well.  Judy also worked at Bay Shore Inn and for many years at The Rushes.  Her enduring strength made all these things possible.

Travelling was still in her blood and as the children were growing up there were trips to Mackinac Island, Florida, the SW region of the U.S. and Mexico.  Once the children were raised, there were many spectacular trips including a week-long rafting trip down the Colorado River through the Grand Canyon, trips to Belgium, France, Ireland, Austria, Vancouver British Columbia, Florida, New Orleans, Portland, Oregon, numerous motorcycle trips….and many trips to Hawaii.  The most memorable trip to Hawaii was the family vacation to celebrate their 45th wedding anniversary.  Watching the grandchildren experience the ocean for the first time was one of the highlights of her life.

Judy volunteered her time to many organizations throughout her life, most notably Learning in Retirement, Crossroads at Big Creek, the Hospital Auxiliary and of course any school or sporting events that her children were involved in.  Family meant everything to Judy and it showed in everything she did; she felt her children and her grandchildren were her greatest accomplishment.

In addition to her husband Tom of 59 years, Judy is survived by her children, Jackie (Mark) Stiyer, Gina (Bill) Hastings, Tim (Stephanie Schlicht), Todd as well as her grandchildren Rachel, Darienne and Elijah.  She was preceded in death by her parents; and two brothers.

A celebration of her life will be held at a later date.   In lieu of flowers, the family requests that you make a donation to a charity of your choice, or better yet donate your time to a worthy cause.