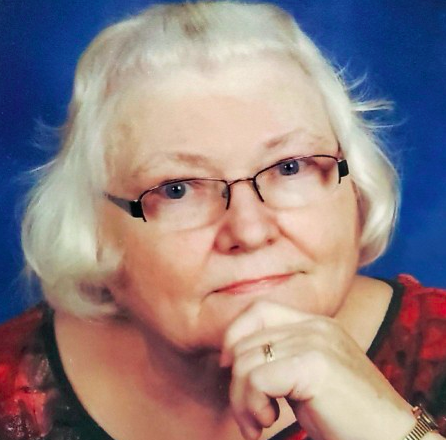 She was born in Oostburg, the daughter of Wallace Benjamin and Dorothy Angeline (Walvoord) Ten Pas. She was proud of her Dutch heritage and enjoyed collecting cultural items. After graduating from Oostburg High School in 1960, she went to beauty school before earning her CNA certification from NWTC in Green Bay.

Karen was a volunteer at the King Veteran’s Home and the American Legion Auxiliary Post #161. She was an active member of Sturgeon Bay United Methodist Church. Karen enjoyed quilting and crocheting, reading and visiting with her family and friends.

She was preceded in death by her parents, Wallace and Dorothy Ten Pas; brothers, Glen and Mark Ten Pas; and two husbands, John Belongia and John Tews.

A funeral service to honor Karen’s life will be held Friday, Aug. 2, 2 pm, at Sturgeon Bay United Methodist Church, with Pastor David Leistra officiating. Visitation will precede, 12:30-1:45 pm, at the church. She will be laid to rest in a private ceremony at the Central Wisconsin Veterans Memorial Cemetery in King.

In lieu of flowers, memorials in Karen’s honor may go to American Legion Auxiliary Post #161 or the Sturgeon Bay United Methodist Church.

Huehns Funeral Home and Door County Crematory in Sturgeon Bay are assisting the family. Expressions of sympathy, memories and photos of Karen can be shared through her tribute page at huehnsfuneralhome.com.